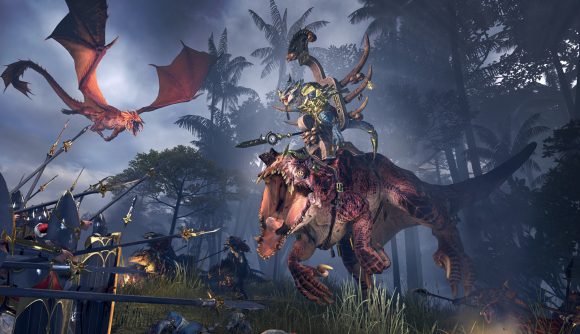 If you’re looking to play some great strategy games in your days at home over the next several weeks, it seems Creative Assembly is going to have plenty of options for you. New Steam promotional listings suggest that not only is Total War: Warhammer II is getting a free weekend in April, Total War: Shogun 2 is also going free-to-keep this month.

Total War: Warhammer II is scheduled to begin a free weekend on April 16, as SteamDB shows (via PC Gamer). The promotion expires on April 19, and will likely include some substantial discounts on the game itself for the duration. That’ll make this a terrific opportunity to get into one of the more recent Total War titles.

If you don’t mind jumping back in time and are looking for something more permanent, SteamDB also shows that Total War: Shogun 2 is going to be free to keep as of April 27. That promotion will last until May 1, but as long as you claim the game during the giveaway, it’ll remain in your library forever.

This is also a terrific opportunity to remind you that SteamDB keeps a running list of upcoming giveaways on Steam, so you can keep track of every gratis game you might want to add to your library.