As you may have herd by now, Total War: Warhammer 2’s final DLC pack, The Silence and the Fury, comes out tomorrow. Alongside that comes a big free update for the fantasy strategy game, and developer Creative Assembly has helpfully published the patch notes so we can have a look at what will be changing.

You won’t need to own the new DLC for this patch to have a significant impact, although some of the biggest changes are coming to the beastmen faction. That means you will need to own the original Total War: Warhammer and its Call of the Beastmen expansion for any of the beastmen rework changes to apply to your game, unless you pick up the new expansion.

If you do, you’re in for some fun. The beastmen “have undergone some ferocious faction furtling,” Creative Assembly says, in order to dig into their Warhammer lore and make their campaigns more entertaining. Beastmen commanders will now earn dread for completing missions, burning down towns, and winning battles, and dread can then be used in the Rewards of Dread panel that, among other goodies, offers various legendary lords.

Beastmen now pay no upkeep on their units, but they do have a hard cap on each unit type – but you can raise these by spending dread.

There’s also a new free dwarf commander available as a separate free DLC in Steam. Thorek Ironbrow arrives alongside a dwarf faction rework, which “touches nearly all aspects of the Dwarf factions’ shared mechanics, not least Grudges and Runecrafting,” Creative Assembly explains. You’ll also be able to add Great Bray Shamans and ogre mercenaries to your armies through Total War Access once the patch arrives. 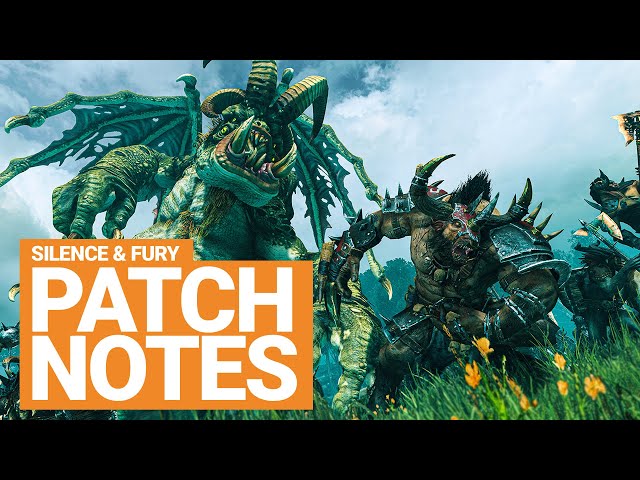 There’s a new, expanded grudge bar with more rewards that are more easily attainable, new wandering slayers you can recruit from the Regiments of Renown panel, new legendary grudges that each legendary lord will start out with, and new post-battle options for combat versus other dwarfs, against hated races, and against ‘not-so-hated’ races. Hated races, for example, can be executed to gain Oathgold, while not-so-hated races cannot be. Only other dwarf factions can be recruited to replenish your army’s ranks via the Take on Captives option.

There are an absolute boatload of changes to other factions and their campaigns. Community feedback has led to facelifts for many of the unit cards introduced in the past to expansions. Most of the lizardmen’s skink units now are quick learners and can gain both poison attacks and vanguard deployment. Oh, and the beastmen’s Malagor can finally put those wings of his to use.

Get your war on: Total War: Warhammer II is on sale here

You can check out our Silence and the Fury review if you’re on the fence about picking up the new expansion, but either way, there’s plenty to dig into with this last big update before Total War: Warhammer III arrives later this year.