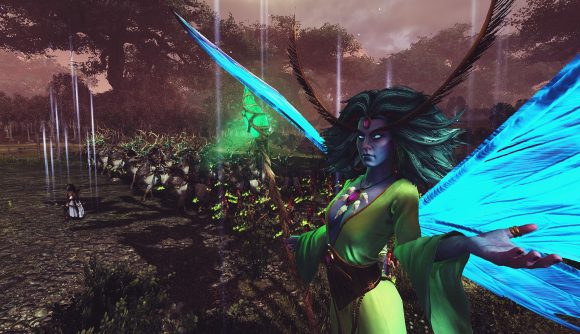 Total War: Warhammer 2‘s next piece of premium DLC, The Twisted & Twilight, arrives tomorrow. Our review of the new Lord Pack is out now, but even if you aren’t planning on buying it, you’re still in for some major changes thanks to the free Asrai Resurgent update that’s coming to all Total Warhammer 2 players when the DLC launches.

Owners of both Total War: Warhammer and Total War: Warhammer 2 will see new settings for the Chaos invasion at the setup screen for new Mortal Empires campaigns. Once this patch arrives, you’ll be able to set the difficulty level for the Chaos invasion using a new drop-down menu box that will be found next to the campaign difficulty settings. Creative Assembly says “this determines the scale of the invasion”, so expect fewer Chaos troops and armies on lower settings, and more of the awful brutes on high settings.

Units in Total War: Warhammer 2 are getting new helpful stats tracked in the mouseover tooltips: total damage dealt and damage value. Damage dealt will give you a raw number of damage a particular unit has dealt when you hover over the kill counter, while damage value gives you a price tag for it. Say a unit has done 5,000 damage to a unit that cost 1,000 gold to recruit and has a health pool of 10,000 – this stat will let you know that it’s done 500 gold worth of damage, which can give you a nice way of assessing how effectively you’re using your high-threat units.

With the new patch, players should find that their characters are “much sturdier on their feet” thanks to changes made to knockdown and bracing rules. Some particularly sturdy characters, like Ungrim, will be “almost impossible to knock down” thanks to these updates. Individual infantry and monstrous infantry can now brace all on their own, which should help in some of those crazier one-on-one leader battles.

Players who own the Wood Elf DLC for Total War: Warhammer will find that this campaign has been reworked with completely new mechanics. “[A]lmost every aspect of the faction” has been changed, Creative Assembly says, and it sounds as though it’ll be a much more pleasant experience now. 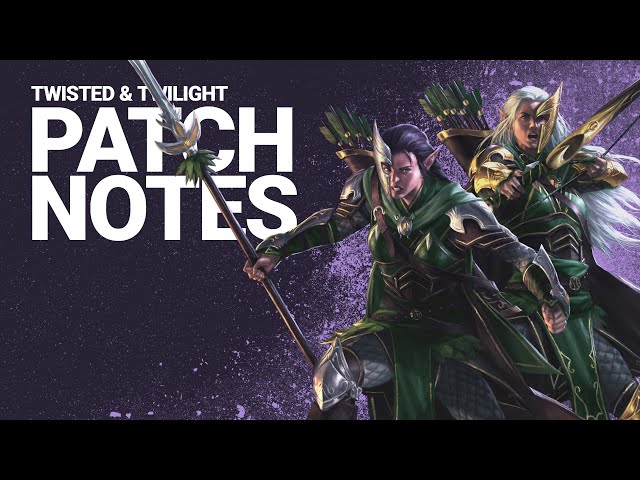 As with the Twisted & The Twilight campaign, the original Wood Elf campaign allows Wood Elf players to teleport between magical forests using the new Deeproots ability. You’ll no longer need the Wood Elves’ special resource, amber, for construction or recruitment – instead, it’s a rare currency that you’ll spend on special new technologies and earn by completing rituals tied to the magical forest settlements.

Speaking of magical forests, four new ones are due to appear in the Mortal Empires campaign map. There’s Gryphon Wood, located in the Empire region of Ostermark; the Forest of Gloom, which you’ll find west of Karaz-a-Karak and is infested with forest goblins; the Sacred Pools, located in central Lustria and defended by blessed lizardmen guardians; and the Witchwood, found in the mountains of Naggarond.

The list of changes is massive, so you can head over to the official Total War site if you’d like the full rundown.

There are a bunch of great quality of life changes and updates included in this patch along with the usual tweaks and adjustments. There’s now a button that allows you to abandon a settlement, for instance, and projectiles now have a ‘grace period’ after being fired that allows them to pass through trees for a few moments (this will keep your units from repeatedly firing arrows directly into a single tree that’s right in front of them).