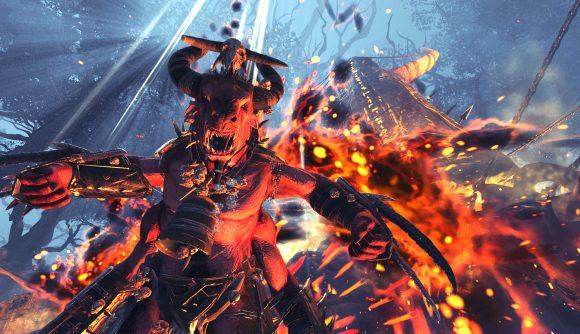 At this week’s Develop: Brighton conference, Total War: Warhammer II developer Creative Assembly has given fans some real insight into how it brought some of the strategy game’s most memorable characters to life through speech and audio design. In a talk about dialogue work on the game’s creatures and monsters, principal dialogue engineer Will Tidman and senior dialogue engineer Dan Stirling have shared a deep-dive into how they went about breathing life into the Skaven’s Warlock Master and Beastmen leader Taurox.

Tidman explains that a key challenge in creating new characters is fitting them into a style that’s so well established, while still making them individual. For Warlock Master, drawing on the Skaven’s existing “skittish”, “twitchy”, and “aggressive” speech traits with word repetitions offered a good place to start.

Tidman says that the dialogue team first took a good look at the character’s concept art. Because the Warlock Master didn’t already have a big backstory or characteristics to draw from, the devs instead took inspiration from the DLC’s mechanical, engineering-focussed approach to battle – especially the ways these themes factored into the lord’s designs. For example, his face mask and tubes gave the devs the idea of using respirator-type sounds over his breaths to enhance this facet.

Tidman explains that the main challenge was incorporating this breathy, raspy quality into the Skaven lord’s speech, which is naturally not an easy task for a voice actor. The dev says that letting the actors find their own rhythm and way of bringing these breaths into their interpretation of the speech was key as that helped keep things sounding natural – so, going more for how a real beast lord might speak, rather than cutting voice files together later on. Similarly, having an idea of the sound effects that would be getting layered with voicework later was important at this stage, too. 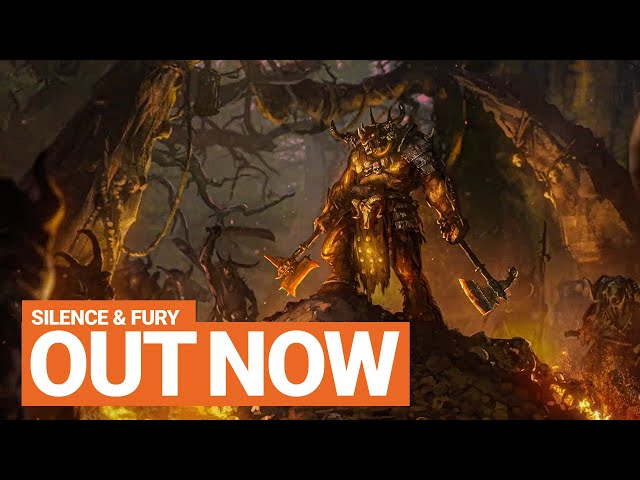 “If you’re trying to create something beastly, and you’re going to be putting roars and animal noises under it – if you’re aware of that before the session and you make sure that the actor is aware of that, too, they can almost try to do it as they’re reading as well, and then you’re going to have a much more homogeneous sound at the end, rather than just having a voice with sound effects underneath it,” Tidman explains. “It helps knit them all together.”

Offering some pretty deep, technical insight into the sound design process from this point on, Tidman reveals the end results, which fans will know well from the game. We get an aggressive, breathy, and skittish-sounding lord whose voice feels very true to his design and lore.

Similarly, for Beastmen leader Taurox – who joined the game with DLC The Silence and the Fury – the team had the race’s existing, very snarly, speech and qualities to draw on. For example, there’s the Beastmen’s own language, and their distinct features, like horns and flared nostrils, which meant using grunts and roars to enhance their characterisation. 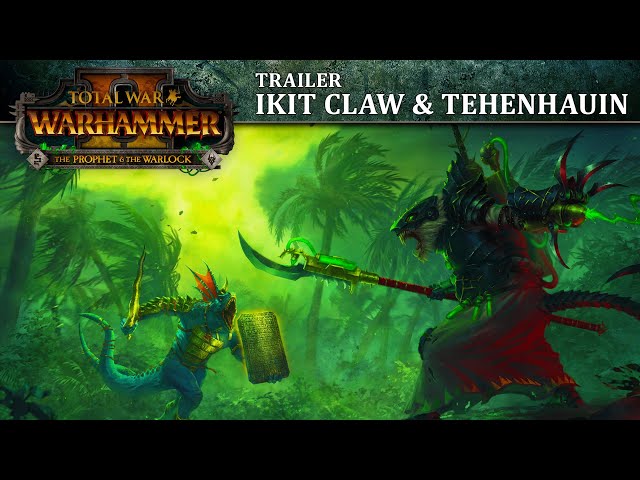 In Taurox’s case, though, there was a powerful backstory to fold into his voicework, too. “He is a large Beastman, but we tried to go into an extra piece of detail,” Stirling says, explaining that they picked out key aspects of his backstory, such as the fact that he’s “cast in a grotesquely muscled body” and he’s “a mountain of living brass”, to help them differentiate him from the rest of his race.

Amusingly, Stirling literally went for large, metal objects for inspiration, creating a “sample library of the resonant sections of chimes without strikes” of things like the bell from London’s Big Ben, prayer bowls, and other metal objects to mix with some sound design tech and layer into the voicework. The devs experimented with various types of objects’ sounds and processes to find just the right fit. Again, fans will recognise the result well – Taurox’s voice has a metallic quality that hums beneath his roars and commands with a really cool effect that channels his story and character. 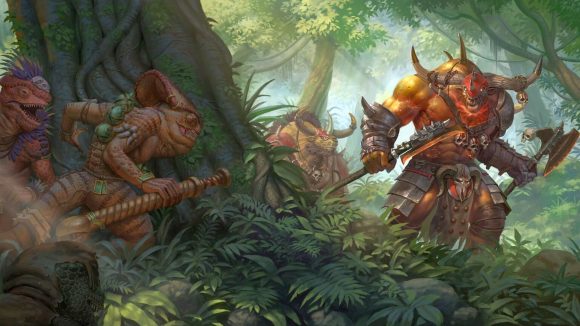 Intriguingly, as Stirling explains, the dialogue devs also took some inspiration from Taurox’s vulnerability (the tiny exposed patch on his neck) getting some “particularly throaty, gargly” sounds for his death vocalisations, to convey this to the player.

If you’re interested to find out more about how Creative Assembly approaches audio in bringing its games to life, check out these blog posts here, here, and here for some cool reads.