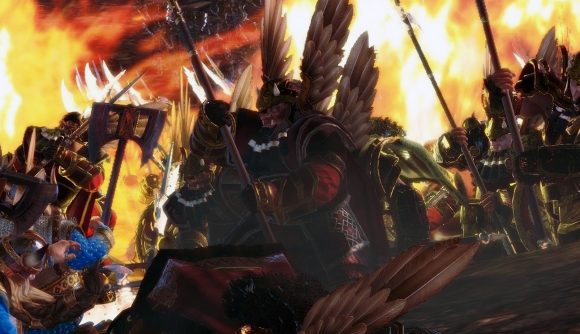 With Total War: Warhammer 3 now out, all eyes are on what’s next for one of the best RTS games on PC – and a new datamine of the game’s files strongly suggests that the much-anticipated Chaos Dwarfs faction will be arriving as DLC sooner rather than later.

As developer Creative Assembly only released the latest Total War strategy game last month, little about the Total War: Warhammer 3 DLC packs are known. Top of the list in terms of faction DLC predictions for players, however, is the Chaos Dwarfs, or Dawi Zharr – who are supposed to inhabit the game’s volcanic Dark Lands.

It now looks like the Chaos Dwarfs are all but confirmed as coming to Total War: Warhammer 3, thanks to a datamine of several files in the game’s code. YouTube user Mamba King posted what seems to be starting dialogue for the Chaos Dwarfs, and the advisor directly mentions their real name of Dawi Zharr. Another advisor specifically warns that “Chaos Dwarfs are nearby”, rather unambiguously.

In addition to this, a new loading screen has been datamined that references Hashut, the main demonic deity of the Chaos Dwarfs, along with the warning “we are coming”. If it’s a tease for Chaos Dwarfs faction DLC, it’s not a subtle one. 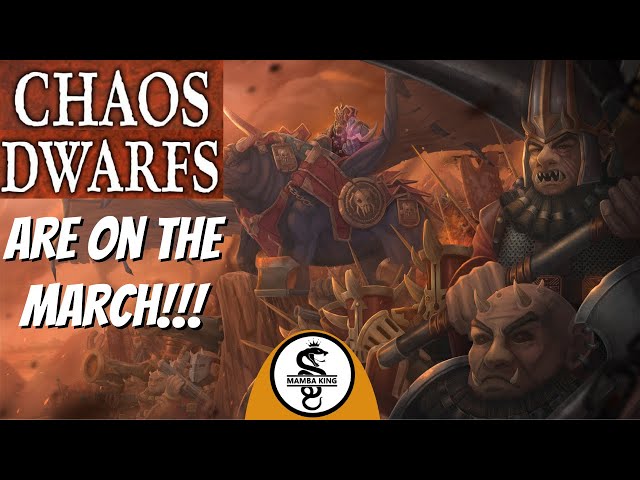