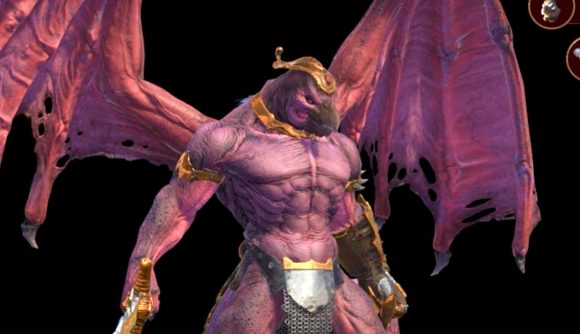 The Total War: Warhammer III release date is less than a month away now, and Creative Assembly has revealed the ninth legendary lord you’ll be able to pick in the strategy game’s campaign. It’s the Daemon Prince, the leader of a surprise eighth launch faction, the Daemons of Chaos. With no set affiliation to any specific Chaos god, the Daemon Prince can take powers and equipment from all four, and is as a result the most customisable lord Total War has ever seen.

The Daemons of Chaos, like their tabletop namesake, represent ‘Chaos Undivided’ – an army that has access to units from all four Chaos gods’ rosters. That on its own is enough to guarantee some interesting buildcrafting with the Daemons of Chaos, but as it turns out, it’s their leader who provides the broadest canvas for player creativity.

The Daemon Prince is a fallen prince of Kislev, as we learned in our hands-on campaign preview. Game director Ian Roxburgh tells us that Warhammer III’s prologue “tells you about how that particular Daemon Prince came about”, and confirms that he is the same Yuri named in the letter Tzarina Katarin is studying in the announcement trailer (this is not the same Yuri as Yuri Kovalenko, however – “there’s more than one Yuri in Kislev,” says principal writer Andy Hall).

By gaining Daemonic Glory – the Daemons of Chaos’ unique mechanical currency – you can unlock new blessings, weapons, and body parts for the prince, all drawn from any of the four gods or from a fifth track representing Chaos Undivided. Effectively, you’ll be bolting together your own Daemon Prince, swapping out bits as you conquer and dedicate new territories to the gods of your choice. Creative Assembly says there are 500 billion possible configurations for the prince, which makes him Total Warhammer’s very own version of Mr Potato Head. 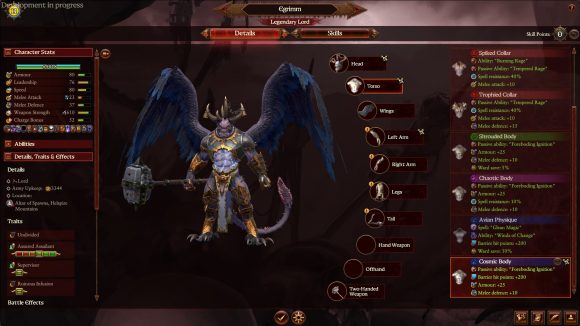 The Daemon Prince can change his head, torso, wings, left and right arms, legs, and tail, and he can carry something in either hand, or a two-handed weapon. Each daemonic bit comes with its own stats and abilities, including access to special spells and passives. Your selections for each component will be reflected in the daemon prince’s model on the campaign map and battlefield.

Gaining Daemonic Glory will also grant access to higher-tier units. At certain thresholds, you can decide to dedicate your faction to one particular god, which unlocks the most advanced units and blessings available. Alternatively, you can pledge to Chaos Undivided, and you’ll be able to use high-tier units from all four gods’ army rosters.