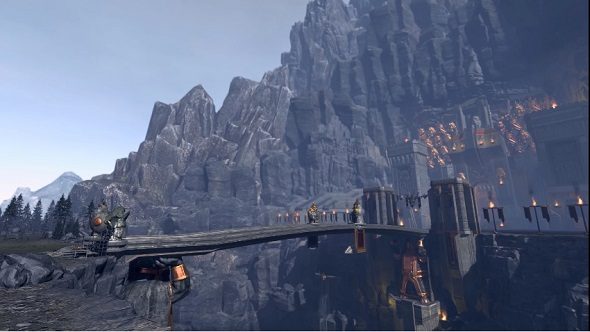 Following up on the successful beta launch of Terry, their Total War map maker, Creative Assembly have announced that an upcoming Assembly Kit update will allow players to import custom maps into Total War: Warhammer campaigns. While modders have been able to create their own solution, Creative Assembly have done some tinkering with how Assembly Kit works to make the process of importing custom maps that little bit easier for everyone.

Flex your strategic muscles with these other PC strategy games.

With this Assembly Kit change, players can pick specific locations on a campaign map for their custom battles to play out. So, if you’ve created a really cool river crossing battle that only happens near forests, you can mark those positions on the campaign map so it only takes place when those battle criteria are met. You can also set it so that map only triggers if a specific faction is readying for combat, so you can see those pitched battles play out exactly as you planned them to in Terry.

In the video above, members of the Total War: Warhammer development team walk generals through the map import process, of how you get a freshly created map into the Assembly Kit and set it to only appear at certain locations in your campaign. It involves fiddling about with the new battle catchment map which will be coming as its own file in this upcoming Assembly Kit update, where modders can essentially ‘paint in’ sections on the campaign map where they want their battle to appear. They also quickly run through how to import a Steam Workshop map into your campaign, if map making isn’t your forte.

This Assembly Kit update will release on February 28, which is also when Terry comes out of beta. Bretonnia is also being added as a free faction that day as well, so there is plenty for Total War: Warhammer fans to sink their teeth into, come the end of this month.