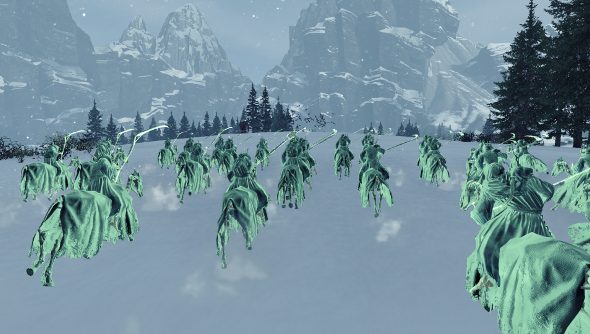 Strolling into work today I realised I should check when Total War: Warhammer was coming out to make sure you folks had all the info you needed for a day of world-conquering and empire-shattering. The Steam page told me it would be 4pm in the UK, 8am on America’s west coast before it hit digi-shelves. That, apparently, was not true, as the game has just gone live on the service and should now be playable for all.

Want to know what we thought? Here’s our Total War: Warhammer review.

Announcement tweets went out just a few minutes ago, with the official go time being 8am BST, it seems. It’s up on Steam, with the Chaos Warriors DLC still being a free add-on should you buy any time in the next week. There aren’t too many managing to get in-game yet as the preloads need to decrypt themselves.

Those experiencing issues are being pointed towards the official SEGA support site, though you might get a response from official social media channels. Here’s their Twitter, if you’re after it. As always, try restarting Steam and your computer if you’re experiencing unlock issues before panicking.

Let us know your early impressions in the comments.