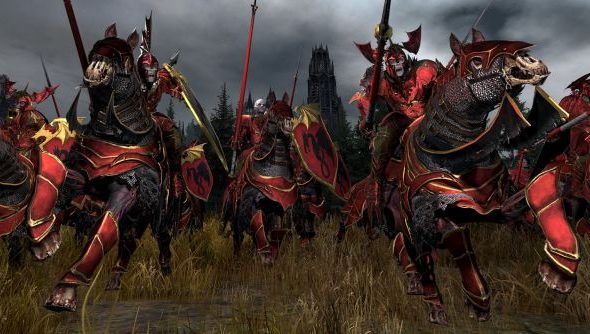 Total War: Warhammer was never going to stay the same for long. The first patch is coming tomorrow, at 2pm BST / 6am PT, and has an absolutely massive change list. Along with the bugs fixed and units balanced, the first bit of free DLC is also being released, adding the Blood Knights cavalry unit to the Vampire Counts faction. They’re tier five units and are capable of dealing out serious damage as one of the “most powerful mounted units in the Old World.”

Total War gets a mention in our list of the best PC games you can play right now.

Have a look at the massive official patch notes on the wiki. Creative Assembly say next on the fixing block is a big update for multiplayer, way beyond what’s been done here. There’s also more “FreeLC” to come, as detailed in the pre-release future content blog post.