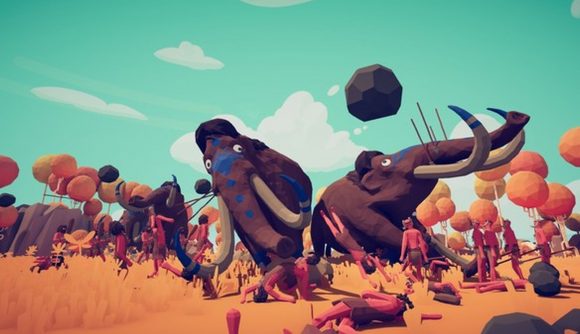 Totally Accurate Battle Simulator has been letting you simulate battles (totally accurately) since it hit Early Access back in April, but there’s been one element missing from its celebration of the wacky – mod support. What the developers are billing as TABS mods probably aren’t quite what the community had in mind, but they will let you inflict your best and worst battle designs on the world.

The official mod.io page already hosts over 8,000 custom TABS battles in a wide variety of categories, ranging from tough challenges and historical fights to goofy gags and pop culture-themed engagements. And yes, of course, there is already a Fortnite-themed battle royale map, because it’s 2019 and there can’t not be one.

Some of the other early highlights include the Undertale Battle Simulator, where you can get a unique new perspective of the RPG’s bosses. There’s also Survive 66 days, which asks you to survive for 66 days, Take the Brigde, in which you try to take a brigde – er, rather, bridge, and Mammoth Tower, where you fight a tower of mammoths.

Look, descriptive naming should be commended.