Playing Total War: Rome II as a classicist is a wee bit like watching the latest Marvel or DC cinematic adaptation as a comic book aficionado. It might be delightful to see something you’re mildly obsessed with transposed to another medium, but god forbid artistic license be employed.

In between stamping out the Samnite threat in Rome II’s prologue, I sat down with Creative Assembly studio director Michael Simpson and communications manager Al Bickham to chat about striking a balance between historical accuracy and entertainment.

“Authenticity is probably a better word than accuracy, and that’s what we aim for,” Bickham tells me. It’s an important distinction. So much of the study of history is focused on cataloguing the mundane minutiae from the lives of now long-dead folk, and these countless little facts don’t necessarily translate very well to a medium more interested in entertainment. Worse, they could bog a title down in needless detail. “Fun wins out over strict, dogmatic adherence to the history books,” he clarifies.

Instead, Creative Assembly is concerned with creating an authentic sense of place with a realistic approximation of the classical setting. What one would expect from the period is still there: slaves can be gathered from conquered regions, players must juggle the needs of the plebs with the demands of the Senate and factions correspond to their historical nations.

“Factions were known for certain cultural traits,” Bickham says. “So, we try and work those in to have a gameplay effect. A certain culture has a certain personality. +2 to your melee ability because you’re simply a very martial nation… talking on a very basic level.” But liberties have been taken with those powers which don’t have an easily identifiable or definable trait. For the sake of game balance, they have been given one, even if it’s not an obvious choice. 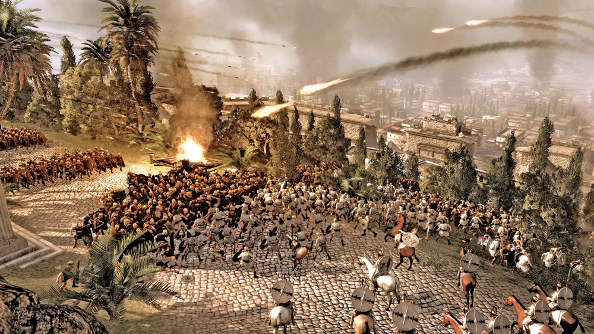 Beyond statistical bonuses, these factions all come with their own flavour, from inconsequential details like the garb of their military units to full-fledged features like Patrician politics. Here we see history win out over things like game balance, as “[a]ll factions are not created equal in Rome II,” according to Bickham.

Rome, for example, has three families competing for influence, distinct political entities within the Republic/Empire, and advanced technologies that other civilisations don’t initially have access to. Playing as the Iceni, a tribe located in distant Britannia, will be a very different experience from playing the titans of Carthage and Rome.

Maintaining the sense of a historical setting sees the return of historical events, Bickham tells me. “New objectives will pop up, and some of those will mirror history, so you follow those, and you’ll start playing some historical story arcs.”

One of the major events in the original Rome was the rise of the Marian Reforms. In the days of the Roman Republic, Gaius Marius instituted a series of reforms centred around the Roman military, allowing landless citizens to become professional soldiers, getting the state pay for their equipment; reorganising the legions, making them more mobile; and creating a standing army. Rome II will have a similar event, Bickham reveals. “We do have a kind of Marian Reform system, and you get past that point and your legions look different, they work differently and they’ve got better gear.”

“In terms of playing the game, it’s kind of a sandbox experience – Total War – anyway,” Bickham reminds me. “So it very quickly becomes counterfactual and there are times when accuracy is going to fight the gameplay, and gameplay wins, because it’s a game.” The moment players begin a game of Rome II, they are immediately leaving the confines of history simply because they are in control.

This means we won’t be seeing Julius Caesar rising through the ranks, joining the First Triumvirate or taking command of Rome. “While you can have a general who is your Caesar, he won’t be the Caesar. We give you a start point, and you diverge from that,” Michael Simpson explains. Players can have a general who acts very much like Caesar, even leading to the formation of an empire, Roman or otherwise, but he won’t be the historical figure. 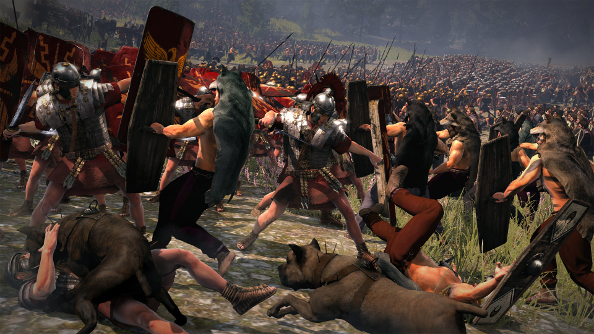 The sandbox allows players to live out their “what if?” historical fantasies. What if the Iceni ended up in the Near East and raised an army of war elephants? What if Carthage emerged victorious from the Punic Wars? What if the Roman Republic persisted, never exploding in civil war, never becoming an empire? Rewriting history is full of fascinating possibilities.

Making players feel like they have choices appears to be key. If one chooses to play as Rome, for example, they aren’t locked into leaving the era of the Republic, forming the Roman Empire. “You can choose to be a good Republican and carry on,” Simpson says. There will be factors that might push a player towards changing the nature of the faction, but by managing the power levels of all the political entities within it, a republic can continue.

This freedom also potentially restores some of the balance that the historical setting precludes. Any playable barbarian tribe can, through diplomacy and conquest, create a confederation, essentially giving rise to a barbarian empire that can compete with the mighty powers of the Mediterranean. Likewise, technologically inferior factions can gain access to new units and tech by conquering settlements belonging to advanced powers. A barbarian tribe can start churning out triremes instead of their slow, oak beamed vessels if they manage to make their way down to the Mediterranean coast, for instance.

The truth is that not a lot of people would know if Creative Assembly was playing fast and loose with history, anyway. The fictional version of Rome and antiquity that Hollywood has created is one of white marble, and clashes between cultures are boiled down to tropes like noble savages fighting evil empires, and that fiction has become so pervasive that it’s seen as factual by many.

It felt appropriate that we were chatting on the set of HBO’s Rome, filled with gaudy colours and graffiti, because for all the show’s liberties, it felt authentic, just as Rome II strives to be. The costumes, sense of place and slew of historical references made the show seem believable, even when it devolved into fiction and TV drama. Similarly, Rome II presents a realistic facsimile of antiquity, with colourful cities, appropriately attired legions and the political concerns of the period demanding a player’s attention alongside military ones, but it allows players to carve their own path through history, crafting their own stories instead of following the history books.