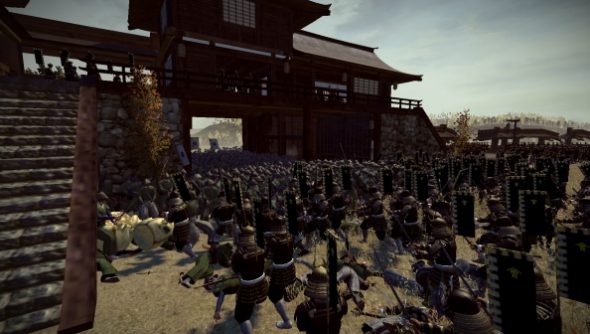 Shogun 2 will receive a new elite unit pack next week, tweets Creative Assembly. The Saints and Heroes Elite Unit Pack will contain nine new legendary warrior units, “the masters of their combat disciplines, standing head-and-shoulders above their rank-and-file brothers”. Good, it’s about time those rank-and-file chumps were taken down a peg or two.

A few more details on Shogun 2’sseventh suchDLC packcan be found on the Total War forum, where some of the ninenew units are described thusly:

Those castle infiltrating Hanzo units sound exciting. It’s wonderful to be reminded that ninjas were real things, once, and not just something we made up for a few decent films. The pack will be available in both single and multiplayer next week.