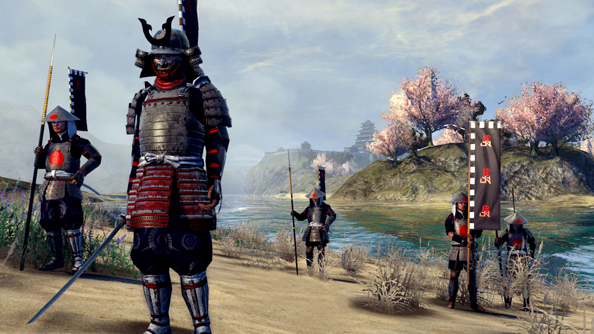 If you’ve bought a new game in the last six months – and I daresay as a PCGamesN reader you probably have – it’ll have been subtitled as a Digital Plush Sofa edition or a Super Whizz Bang edition. Or maybe a Founder and Developer’s Family Friend edition. Why, earlier this week I was bought a game called something like Crysis 3: Hunter’s Knapsack edition.

Whatever. What all of this means is that nobody can tell which version of any one game has all the stuff in it anymore. So I’m here to tell you this morning that Total War: Shogun 2 Gold Edition is the one you buy if you want all the Shogun 2 stuff. Two expansions, DLC, 800 years of Japanese history, all that guff. This is Shogun 2: All the Shogun 2 Stuff edition, and if you like, I’ll tell you exactly what’s in it.

Total War: Shogun 2 Gold Edition bundles together the original game with Rise of the Samurai, a DLC campaign set 400 years before Japan’s civil war, and gunpowder-enhanced expansion Fall of the Samurai. I should note, though, that Fall of the Samurai is still available as a standalone thing, and still the only Total War game to feature trains.

Gold edition also groups together a host of extra factions, modes and maps. This is they:

Ikko Ikki ‘Warrior Monk’ Clan Pack – A new clan and a wide variety of brand-new content for use across the different game modes of Shogun 2.

So, maybe you Shogun veterans out there can detail why precisely the uninitiated should bother to learn the Gold way?