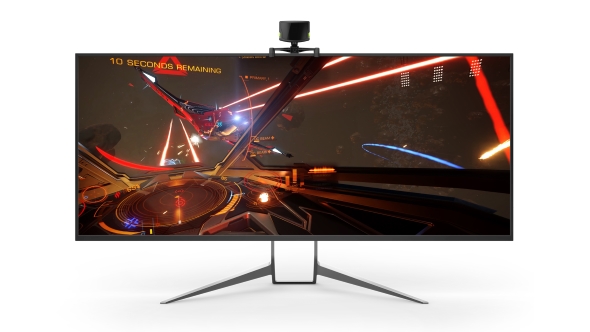 The proponents of virtual reality have been promising unparalleled levels of gaming immersion since the first low-res Rift dev kit filtered out into the hands of the general population. Sitting quietly by through it all, however, has been NaturalPoint’s TrackIR, a simple bit of tech that has a transformative impact on any first-person game it touches.

Image isn’t quite everything, great audio can be every bit as immersive so using a top quality gaming headset can make quite the difference.

With the release of the Oculus Rift and the HTC Vive this time last year gaming immersion was meant to be getting a serious shot in the arm. But we’re not there yet, not with the technology nor the game development skills needed to make our immersive fantasies (virtually) real.

The VR industry is still trying to figure out how to make immersive games that are detailed enough, and comfortable enough, for players to spend the same number of hours in they do with a standard gaming PC setup.

Bethesda are promising Fallout 4 VR will be playable at E3 this year, making an imminent release seem very likely, but still most of the content coming to virtual reality in the next year or so is going to be multiplayer-focused and more about gameplay mechanics than story. Certainly that was the story at GDC this year where Vive’s Joel Breton explainedbecause of the length of time it takes to develop deep, single-player gaming experiences those would still be a couple of years away for VR. 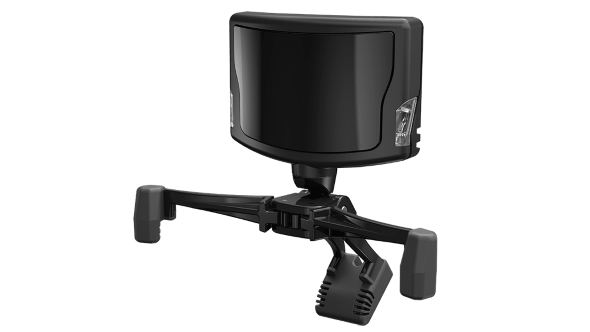 But we’ve already got a wealth of fantastic titles on the PC, immersive game worlds that suck you in refuse to let go. And the TrackIR has been adding immeasurably to those games consistently since the early 2000s. But it was in 2009 NaturalPoint really nailed their design with the TrackIR 5.

At its most basic the TrackIR is a headtracker which sits atop your monitor and keeps track of a sensor attached to either a baseball cap or the side of your headset. It tracks three points and translates their motion into a three dimensional picture of your head movements.

The really smart part though is how that gets fed into the game. Where VR offers 1:1 tracking, so the movement of your head matches what you’d expect to see in front of your eyes, TrackIR has to do things differently. You are, after all, still going to be staring straight ahead at your monitor to see what’s going on in-game. What the TrackIR software does though is exaggerate slight movements (to a user-adjustable degree) into more extreme motion in a supported game.

That might sound utterly counter-intuitive but it quickly becomes second-nature and just as quickly becomes something you could not do without. For the sort of games where you’d think virtual reality would be the ultimate aid to gaming immersion the TrackIR does an incredible job of getting close to that level, but with the added benefits of still being able to see the controls, view the gameworld on a high resolution monitor and helps stop you from knocking your cup of tea all over your expensive gaming keyboard and scalding the cat. 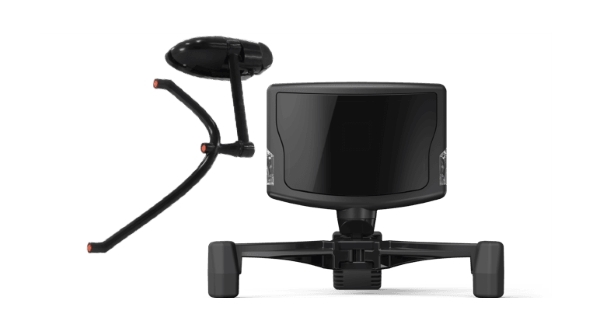 I thought Elite: Dangerous would be the perfect game for getting me onboard with VR, but the restrictions it puts in place are simply not worth the immersive trade off you get. I pilot my horribly beweaponed Cobra Mk III using a Thrustmaster Warthog throttle and stick combo, a button and flick-switch festooned device I absolutely adore. Trying to use that in VR is almost impossible.

I lost track of the times I dropped into stealth mode while I was trying to deploy my cargo scoop or switched fire group when I was trying to start up my frame shift drive. And don’t get me started about trying to navigate around in the star map…

But it’s also still really low-res in VR, even with the latest headsets. Rocking the Vive a simple one-on-two dogfight with some smaller snubfighters looks fine, but the larger ships and spaceports glisten with jagged graphical artefacts all born of the low-res screen and image-distorting lenses.

With the TrackIR though you can still use all your normal controls, but are able to look around your cockpit in a smooth, natural way and take advantage of all the high resolution chops of your screen and the post-processing power of your GPU, untethered as it is from the technical binds of stereoscopic rendering.

It makes a huge difference in dogfights too, being able to track a target visually while bringing your guns around to face it again really can give you the edge in combat. It’s not just Elite: Dangrous though, with Star Citizen also finally, thankfully, now supporting TrackIR you get the same effect in its ships.

The effect it has in racing games too is immense. Being able to look into the apex of a corner as you attack it can shave those all-important tenths of a second of your time, as well as giving you the chance to manage a power-slide and still come out of it pointing in the right direction and not embedded in a wall. For something like Dirt: Rally it’s an incredibly powerful force, especially when combined with a quality racing wheel too.

But where I’ve found the TrackIR the most immersive has been with DayZ. Bohemia Interactive have long been supporters of the head tracking technology and it was the my Arma-obsessed former colleague (and Arma writer) James Carey who first got me onboard with its potential for gaming immersion.

The free-look feature of Arma and DayZ lends itself perfectly to the TrackIR and, because of the nervy, threat-filled landscape of Chernarus, you need to keep your wits about you. Being able to quickly swivel your head towards a particular noise can be life-saving. But it’s not just the mechanics of it that makes it so invaluable, it’s the fact that it really places you in the game world in a way few pieces of hardware can.

Considering its $170 outlay you need to be sure that it will support your favourite games, but despite not having released a new design in around eight years the NaturalPoint team is still keeping pace with modern games. The full list of supported titles is long, but also getting longer.

For any immersive FPS junkies, racing nuts or space sim obsessives out there I would heartily recommend at least giving the TrackIR a chance. It’s a lot cheaper and without a lot of the early pitfalls of virtual reality headsets.