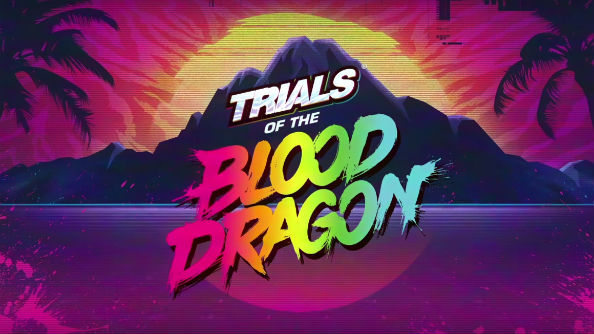 For anyone thinking Far Cry Blood Dragon was a super cool one off: it wasn’t. Ubisoft have just announced and released Trials of the Blood Dragon, a retro re-skinning of the ultra technical Trials franchise.

Yes, there’s awesome synth-heavy music. Yes, there are heaps of ridiculous new vehicles like minecarts and neon-coloured APCs. Yes, the trailer is awesome – you can watch it below.Or… better than watching it, you can play it, because it’s out now.

Trials of the Blood Dragon looks like the next logical step for the franchise, following on from the berserk Awesome Max edition of Trials Fusion by forcing the trials bike mechanics with additional features like gunplay and avoiding plasma-spitting dragons.