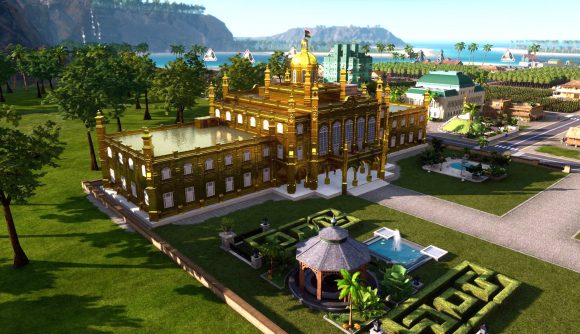 One of my favourite city-building games of the past decade has to be Tropico. As the newly ‘elected’ despot of an insignificant banana republic, it’s your job to secure your island’s (and your own) fortune by any means necessary. It’s quite compact versus something like Cities: Skylines, but it also has oodles of atmosphere and a banging soundtrack to boot.

The series celebrates its 20th anniversary this year, and to kick off the celebrations publisher Kalypso is offering the entire series – including current iteration Tropico 6 – at some respectable discounts. There’s a special event running for the sixth game where you can earn free cosmetic prizes, such as a ‘golden palace’ skin for the capitol building.

The first Tropico game was released in 2001, developed by PopTop Software. It wasn’t until Kalypso acquired the license and recruited Haemimont Games that the series really fell into its stride with Tropico 3 and Tropico 4. Haemimont would work on one final entry in Tropico 5 before moving on to create Surviving Mars with Paradox Interactive. Tropico 5 is notable because it was the first time the series was able to break away from its traditional formula and try out new ideas.

The series is now in the hands of Realmforge Studios, which created the most recent Tropico 6 DLC – Caribbean Skies. The current in-game event for Tropico 6 – which has you hunting the ‘Llama Piñata’ – will run until May 5, although further celebration events are planned throughout 2021. 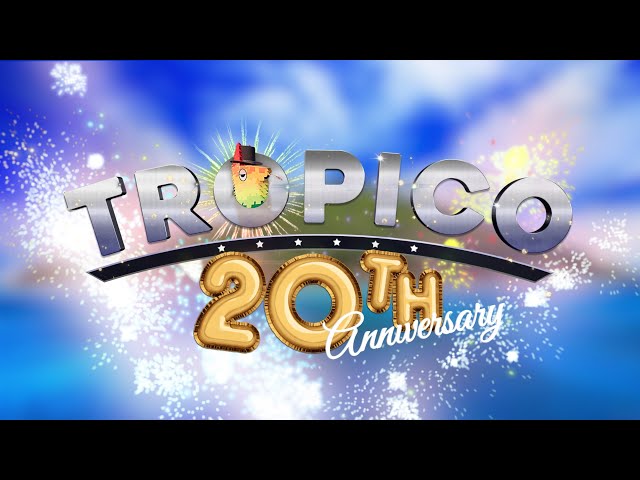 Kalypso Media is also celebrating its 15th anniversary this year as well. The company was founded in 2006 with just two employees, and now employs over 150 people across four countries.

We asked the publisher whether there was anything more planned for Tropico 6, or whether we can expect a Tropico 7 announcement. A company spokesperson responded: “We will continue to add content to [Tropico 6], both paid and free, and though it is not yet time to announce anything more, we think fans will be happy with what we have coming.”

You can read our Tropico 6 review if you want to find out more about what we think about the most recent iteration in the series.