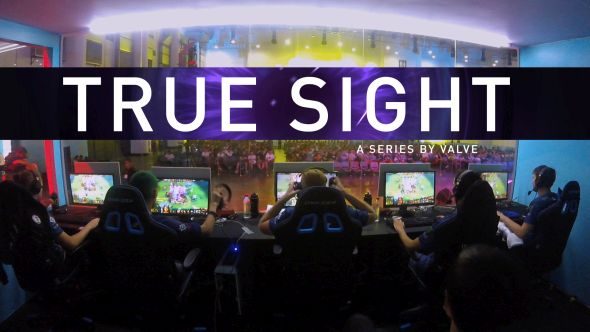 Valve have completed the True Sight documentary, a three part series focusing on Evil Geniuses and Fnatic, two teams with rather opposite fates in this most recent half-year of Dota 2. The final episode tracks EG’s journey at the Boston Major, going 1-2 in groups before making it to the semifinals and losing to OG. Fnatic didn’t make it, and thus weren’t featured in the last episode.

Get involved with the best Dota 2 heroes for beginners.

It’s been a pretty good series overall, with Fnatic’s struggles a counterpoint to EG’s triumphs, and showing a much more human side of eSports players than we usually see from the all the memes, interviews and streams. While it’s mainly available as part of the Battle Pass in Dota 2, which goes for £6.49 / $7.99 / €7.09, you should be able to find the episodes via a simple YouTube search. EG player Ludwig ‘zai’ Wåhlberg also livestreamed the third episode last night via Twitch with a few teammates providing commentary – mostly laughing.

It’s possible Valve will now make it available for free down the line somewhere, now that it’s over and the Battle Pass will be coming off sale relatively soon. If there is another season, which seems likely given how popular it was, it’s unlikely EG will be the focal point as it was clearly a fairly disruptive process for the team and players, and there are other stories to tell.