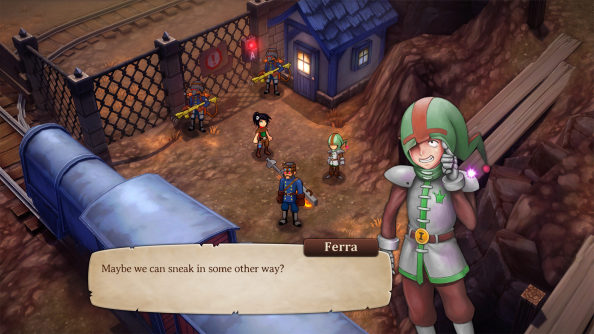 How better to celebrate World Book Day than in that most literary of genres, the arr-pee-gee? Trulon is the spin-off to an upcoming fantasy novel – co-written by an author with Shadowrun chops, no less – and has just this week popped up on Steam. We’ve got 40 copies of the Japanese-styled steampunk adventure, if you fancy one.

All we ask of you is a moment’s interaction with the widget at the bottom of the page. Perform one of the requested actions – following us on Twitter, for instance – and you’ll be entered into the prize draw. Perform two or three actions, and your odds of success will go up. We’ll email the winners with their Steam codes.

Trulon: The Shadow Engine, to give the game its full name, casts you as a monster huntress in a world that operates like many others in the JRPG genre. But there’s a Western twist: a unique card combat system. The soundtrack comes as a free download to boot.