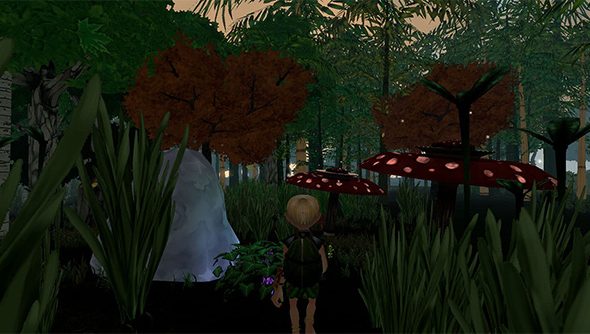 The Kickstarted project popped into headlines following Yogscast’s cancellation of their own player-funded Yogventures game. The YouTubing superpower deigned to placate their empty-handed backers by offering them a copy of TUG, citing it as “in many ways” the survival adventure game they’d always wanted to make with Yogventures.

“We’ve been chatting with the guys at Yogscast for quite a while,” says Peter Salinas, founder of and developer at Nerd Kingdom. “We naturally fit into their interest in games, and they offer a pretty neat opportunity to share what we are working on, for this there was a natural fit. I actually personally asked if our team could jump on board to adopt the Yogventures backers.”

“[The cancellation of Yogventures] is a total bummer,” Salinas continues. “There is really nothing fantastic about it, aside from it giving us a chance to grow our community and get more people to help us test and give feedback on our tech.”

The new partnership naturally works both ways, with TUG stepping into the breach following the sad evaporation of Yogventures, and Yogscast tuning their mighty YouTube following in to the early access apha of the Nerd Kingdom RPG. Editorially and developmentally however, both teams remain fiercely independent. 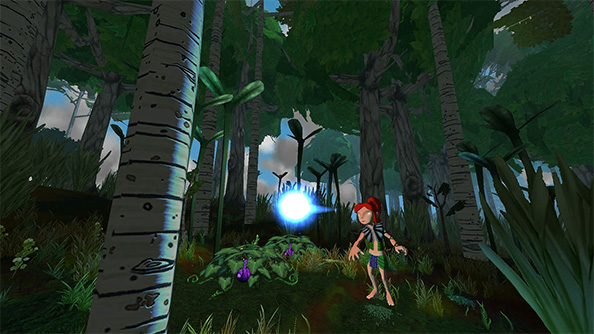 Asked what kinds of video he expects Yogscast to create, Salina reckons “the stuff they were doing with other games. Mod spotlights, maps, and the like. Though that is up for them to decide. We have no control over their work like they have no control over ours. We just communicate a bit more frequently about some of the stuff we are working on with them, so they can think about some of the stuff they want to do. They are a pretty big group now, so that heads up lets them plan on how they want to turn our game into their entertainment for their viewers. The partnership is really not much more than that.”

The hands off approach leaves Nerd Kingdom free to to press on with their initial development plans. “We’re currently working on that sweet sweet new terrain gen,” says Salina. “We have been at it for some time now, and we finally get to start taking steps away from digging and placing blocks. It already looks stunning and we are really excited to see what modders can do with it, and the neat things that pop up while exploring.”

Even at this early point in development, modders are being furnished with the tools to create their own content within TUG. It’s one of the game’s biggest and roundest bullet points, a flashing beacon to creative types and an endless source of interesting new content for players, and Nerd Kingdom’s new buddies at Yogscast, to explore and promote.

You can find out more about TUG here, if the roundess of its trees have so intrigued you.