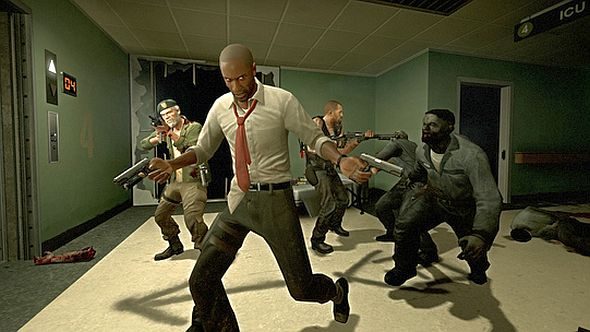 The studio behind Left 4 Dead and Evolve, Turtle Rock Studios, is calling for a senior level designer to work on an “a globally known game franchise”. The listing calls for a candidate with “experience working with modern FPS engines” and on “a competitive first person shooter”, all which hint towards a new multiplayer series… our hopes are on a new Left 4 Dead but there is a lot to suggest it will be something quite different.

Turtle Rock Studios has a history of creating FPS games, after Left 4 Dead and Left 4 Dead 2 the studio created Evolve – the 4 v 1 monster hunting shooter. Evolve never found an audience after its launch in 2015, and it announced in 2016 that it was ceasing the development of the franchise including all bug fixes and content updates. The likelihood of another Evolve game seems pretty unlikely at this point given its cancellation, though not entirely impossible, especially if they want a second crack at reviving the series.

Have a hankering to shoot more things? Here are some of the best FPS games on PC.

A senior level designer is not the only role the studio is seeking. Among the listing found by Resetera, there are also calls for artists, engineers, and other designers to lead the project, all of which can be found Turtle Rock Studio’s careers page. Roles include a character concept artist, senior producer and animator to name a few. A number of the positions mention working on “a globally known game franchise”, suggesting it will not be a new IP, however, the possibility of a completely new IP is not to be ruled out either – why mention it in some job listings and not others? It could mean Turtle Rock is working on multiple projects.

As for Left for Dead 3? As much as I would love for this to be a possibility, it seems unlikely. Given that Valve owns the rights to Turtle Rock Studios’ creation after buying the studio in 2008 , there would have to be a lot of sweet talking a deal-making for such a thing to happen. One possibility is that Turtle Rock is still working with 2K and the project the studio is hiring for is the Bioshock spin-off we’ve been hearing rumours about. The franchise was abruptly axed after Irrational Games said its farewells in 2014 but just because Irrational closed its doors doesn’t mean the franchise won’t continue with another developer.

Until we hear more details, the most that can be said for sure is that Turtle Rock is working on another multiplayer FPS.