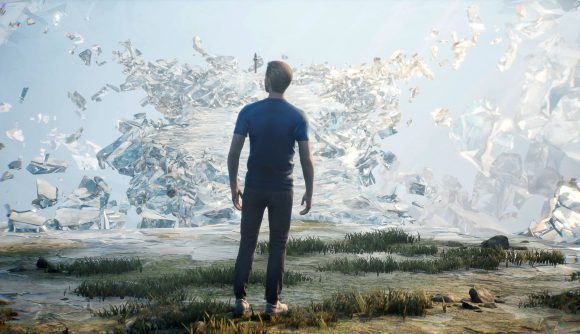 Life is Strange and Tell Me Why developer Dontnod has offered another glimpse at its upcoming third-person adventure title, Twin Mirror. Alongside a fleshed-out introduction to its former investigative reporter protagonist, Sam Higgs, a new gameplay preview shared by Dontnod with PCGamesN also gives us a peek at one of the game’s core features: Sam’s “mind palace”. Oh, and a mysterious figure in the hero’s mind, known simply as “The Double”.

The clip takes us through some of Sam’s first steps in the game. Following the death of his best friend, the ex-reporter returns to his hometown of Basswood, West Virginia – a somewhat ramshackle, ex-mining town increasingly left behind in the world in the wake of its economic downturn, similar to LIS’s Arcadia Bay. Alongside various features highlighted – such as the adventure game’s LA Noire-like system of investigating clues based on objects found scattered through the world – is the “mind palace”.

Inspired by the memory enhancement strategy made famous by ancient Greek and Roman history, as well as a bunch of TV shows, films, and novels, Sam’s “palace” is a little reminiscent of Desmond’s fractured, Animus-contained mind in Assassin’s Creed Revelations. Sam steps into an opulent zone peppered with faces and things he’s encountered, with glass-like shards that form pathways and piece things together for him to navigate through.

We see him confront a painful memory with an ex-partner, for example, after being prompted by an object in the real world – in this case, a spyglass on a hill. The catch is, while the mechanic will help Sam navigate the upcoming PC game’s plot, he can lose track of time while he’s there. Gulp.

How do you know who to trust when you’re not even sure you can trust yourself? #TwinMirror is coming soon on PS4, Xbox One and PC (Epic Games Store). #PCGamingShow pic.twitter.com/DrkcIGceAf

The feature’s been redesigned since the game’s conception, Dontnod says, and it’ll be sharing more details on this closer to launch.

Later on in the clip, we get to see another important gameplay aspect: a shadowy figure who appears in the rear seat of his car, there to offer all kinds of alternative opinions and advice in the game’s trickier moments. He’s called “The Double”, and is basically Sam’s alter ego.

In the footage, The Double makes an appearance while Sam’s engaged in a difficult conversation with his goddaughter, his deceased best friend’s grieving child. She asks Sam to find out what happened to Nick, as she suspects foul play. This is cited as an example of a major, plot-steering decision that could end up alienating another character entirely, and The Double’s there to reel off a list of other, key considerations. 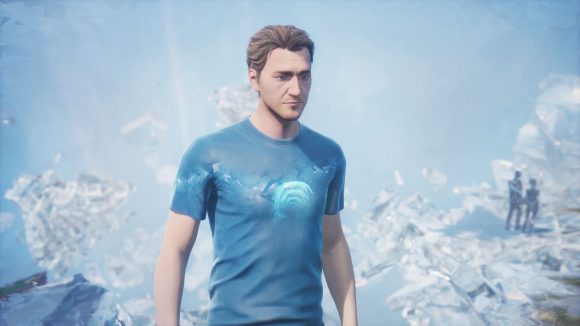 Obviously, he’s a figment of Sam’s mind and no-one else can see him; but he’s there to help Sam navigate through social situations that he’s unable to handle fully on his own – and he’ll always pop up during the game’s trickiest moments. We have to wonder whether he’ll always be a helpful second opinion, or a confusing, possibly even misleading voice at times. Hmm.

One thing’s for sure – there are no right or wrong answers, Dontnod says. It’s up to the player to forge Sam’s story for themselves.

Twin Mirror is due to arrive at some point in 2020, and given the year’s already halfway through, hopefully we’ll hear even more about the game soon.