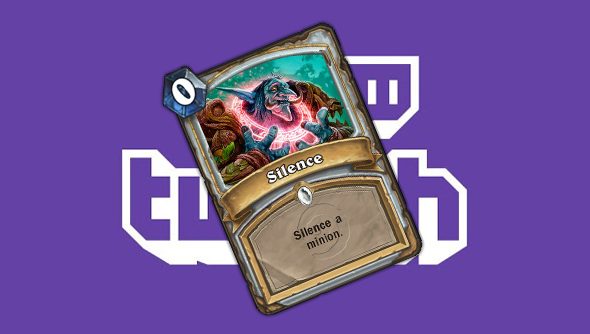 Twitchy-twitchy-twitch, goes the skin under Emmett Shear’s eyes. The Twitch CEO has spent much of the last day personally soothing streamers and viewers on Reddit, who want to know the site’s new audio recognition tech is going to get better, or get gone.

“We wouldn’t do this if I thought there was a better way,” said Shear. “Unfortunately, as far as I can tell, there isn’t.”

Twitch’s new audio recognition system scans 30-minute chunks of recorded video for copyrighted music – and mutes the lot if it detects any. About a fifth of the site’s archives are affected, some erroneously.

During his Reddit AMA, Shear agreed with one user that current music licensing law is “not good” – but suggested it was beyond Twitch’s power to do anything about it.

“It has never ever been acceptable under the Twitch ToS to stream music that you don’t have the license to,” Shear wrote. “We’ve consistently asked broadcasters not to do this.

“It actually puts streamers in legal jeopardy to stream music on their channel that they don’t have a license to – while we are protected by the DMCA since we’re just the platform, they are not.”

Shear went on to say that it wasn’t his intention to “hurt or piss off” the Twitch community – and that he regretted not telling users about the policy before it was implemented.

“Please believe me that we are trying to do our best for the community,” he said. “We live and breath Twitch, and based on our understanding this is the best move.

“We knew there would be backlash from this, but we’re willing to take the hit for the good of the community in this case.”

The introduction of the new system has been blighted by false matches – most notably in some of Twitch’s own videos, and in Valve’s Dota 2 International VoDs, where crowd noise was mistakenly identified as copyrighted music.

But Shear said that Twitch had recorded a less than 0.01% error rate – a “handful of failures” out of millions of scanned videos.

“Unfortunately those very few videos are still going to be quite important to people,” he said. “Which is why we take fixing the issue very seriously.”

How serious have you found the issue to be, as a viewer?