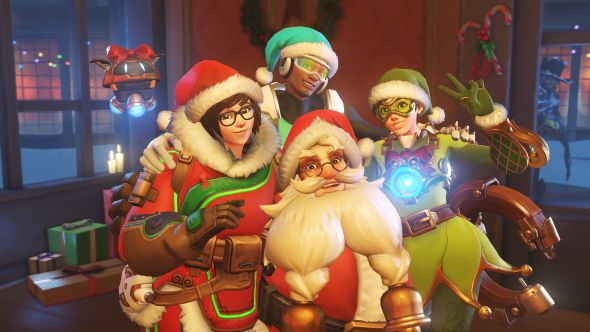 Given the stranglehold such multiplayer juggernaughts as CS:GO and League of Legends have over Twitch, it’s perhaps not a surprise to learn that only one of last year’s five most-watched games on the streaming platform was actually released in 2016.

The games that rule eSports and Twitch tend to be live multiplayer titles. You’ll find many of them on our list of the best multiplayer games on PC.

That exception is either Battlefield 1 or Overwatch depending on how you measure. However, a closer look at the findings (by analytics groupGitHyp) further emphasises that Overwatch was last year’s biggest success story.

GitHyp measured two metrics: most viewers ever during the year and average viewers per hour throughout the year, with the latter obviously being a more stable indicator of sustained interest in a game.

And here’s the top five by average viewers per hour:

Overwatch came sixth for peak viewers, just after Battlefield 1, whereas a drop in interest in Battlefield meant that by the average viewers per hour metric, it placed fifteenth. More damning still, Battlefield’s peak of 354,264 actually occurred when it was first revealed in May – after its release in October, its viewer counts came nowhere near that number.

Head to GitHyp to read through the rest of their findings. Another interesting tidbit: Of all the games on Steam, No Man’s Sky was the highest-peaking new game of 2016, with 208,000 on its launch day – enough to place tenth by peak viewers. After its controversial launch, however, interest tanked, and it wound up placing 44th by average viewers per hour with just 2,106.