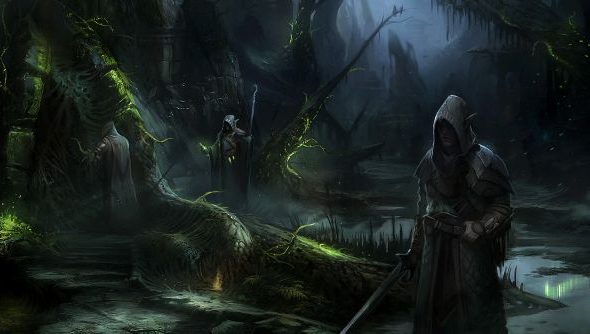 Six years after release, Two Worlds II is getting an engine upgrade and two new DLC packs. This news came along with the announcement that a sequel, imaginatively and amusingly titled Two Worlds III, is now in very early concept development, scheduled for 36 months in the digi-oven before its game-bun is ready. Thankfully for fans, the DLC will come a lot sooner than that, with Call of the Tenebrae due out in Summer.

Handle the wait with the best RPGs on PC.

Per the brand-new mini-site, Call of the Tenebrae “focuses on the Hero’s return to Antaloor, where he witnesses the shocking murder of DarPha!” Not being a player of the series, this means very little to me, but it’s the start of another few hours of adventuring for those that pick it up.

“The killers are a never-before-seen tribe of hideous, rat-like creatures known only as “The Chosen”, who control a mysterious, powerful new magic! Their genocidal plot threatens every living creature in Antaloor, and it’s up to the Hero to find a way to stop them!”

I’m guessing you’ll be cutting lots of them to pieces, taking their stuff and getting that much more powerful. The second DLC, Shattered Embrace, has had no details revealed beyond the name, and is planned for the second half of this year. They’re joined by eight new multiplayer maps and the aforementioned engine upgrade, which promises to make the game prettier across the board, work on OSX/Linux and add achievements, co-op plus “lots of new in-game features and upgrades!”

Plenty more on the official site for those who want to dig deep. I’ll admit that my knowledge of Two Worlds stretches to thinking it sounds funnier every time it gets a sequel and that’s about it. Whose played it, and what did you think?