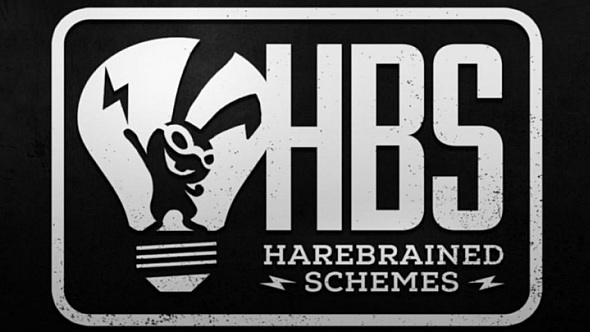 A few days ago, Tyler Carpenter, formerly a BattleTech designer and writer at Harebrained Schemes, returned to Twitter to issue an apology. “I harassed and abused a friend of mine for a variety of shitty reasons, and I don’t want anyone making excuses for me. The things I did should not be excused by anyone. They were, by definition, inexcusable.”

Shortly afterward, the victim came forward on Twitter to clarify what Carpenter referenced as harassment and abuse. They say that Carpenter “sexually assaulted” and then “verbally and emotionally abused” them for months, while lying to others about what had happened and harming the victim’s reputation with those around them.

Further people who knew Carpenter say that he repeatedly made confessions of romantic and sexual attraction toward them, with one characterizing Carpenter’s actions as an attempt to collect a “harem of pretty women.” The tone of most of these responses was that the apology would not be accepted.

We reached out to Carpenter for a statement via Twitter DM. He provided one, which he later retracted to issue no comment, but its tone and content is broadly similar to his statement as reported by Waypoint. There, he says “for the good of HBS and my victims, I’ve resigned from HBS effective immediately. There doesn’t need to be any inquiry because, frankly, everything is true.”

Carpenter’s Twitter account –@Adareal– is now protected, but the original apology thread is similarly contrite, saying “For those of you who know the situation, trust that the other people involved are telling the truth. I didn’t respect another person’s humanity, I didn’t listen to them, and I betrayed some of my most deeply held beliefs due purely to selfishness and callousness.”

At the end, Carpenter says “I was shitty to good people. Trust what good people say about their experiences.”

A representative for Paradox tells us they have no comment on the matter, as Carpenter’s dismissal occurred prior to the acquisition. We reached out to Harebrained Schemes for comment as well, and the company provided us with the same statement it published publicly on Twitter.

Many of the accusations come from women who Carpenter had worked with as part of a series of tabletop role-playing streams, including a BattleTech campaign called Death from Above and another campaign in the fantasy RPG Exalted. Hyper RPG, the former hosts of Death from Above, tweeted that the company “does not and will not work with people accused of physical or emotional abuse in any form.”

Zombie Orpheus Entertainment, which has taken over the broadcast of that BattleTech stream, issued a much more detailed statement on their own Twitter account. “In his own social media, Mr. Carpenter has apologized for his past ‘abuse and harassment of a friend,’ and while we are glad to see him take ownership of these actions, such an apology cannot undo the damage already done. Our hearts go out to those who have been directly harmed by this individual’s actions, and we collectively offer them our support.”

Sally Jordan was part of the Exalted streams, and she spoke withWaypoint about her experience, sharing an email she sent to hosts Geek Space TV describing Carpenter’s actions. Her negative experience with Carpenter began with suggestive comments about her body, and Jordan says Carpenter had little regard for her vocal discomfort. Eventually, she says that Carpenter groped her at a party. “My immediate knee-jerk reaction was loudly saying, ‘No, I don’t like that.’ He laughed and said, ‘Too bad, it happened.’ He left shortly after that.”

Jordan shared what had happened at the time with fellow members of the group, but didn’t share things publicly. “I convinced myself not to press it further. If I did, I would ruin the show for everyone.”

But, in the wake of the #MeToo movement, Jordan decided to contact Geek Space TV about Carpenter’s actions, which appears to have been the catalyst for the actions taken against him over the past several weeks.

In the responses to that article, one of victims characterizes Carpenter’s apology as a sort of martyrship – a “manipulation tool.” Whether Carpenter’s apology’s are sincere or not, none of the victims who’ve come forward seem inclined to accept it. After reports of harassment from a half-dozen people, covering years of abuse which Carpenter has pointedly not denied, that reticence is easy to understand.