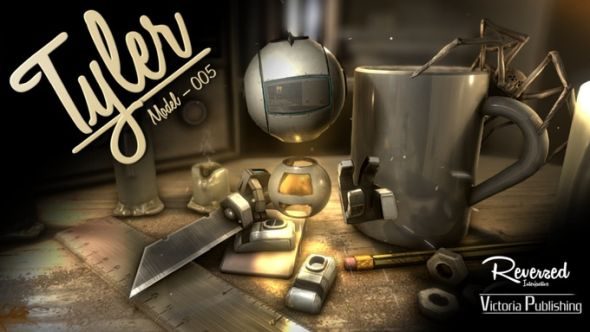 Hitting up Kickstarter this week is Tyler, a little robot friend after $20k to be made into a real game. Tyler: Moder-005 is all about running around collecting items, jumping between ledges and everything else you’d expect from a 3D indie platformer. You’re super-tiny, so levels are built around ordinary objects from a new perspective and the 1950s setting make that a bit weirder than normal. Have a look at the Kickstarter trailer below.

How about some more of the best indie games?

If it looks like your sort of thing, there’s a demo available. It’s from the “opening segment” of the game, giving you a basement to explore plus a few other rooms. Not a lot of story, but good for a first impression of what’s being aimed for. Camera controls are still under construction and the Basement is the only part close to finished – expect bugs.

They’re still $19k off that goal, but stretch plans go all the way up to $500k. Reversed Interactive are the squad behind it, with just a couple of them working full-time on it. They believe they can get it out by June of next year, which doesn’t look too far off given the amount of work already done – but a Kickstarter without a delay is not a common occurence.

More info in the full pitch on Kickstarter.