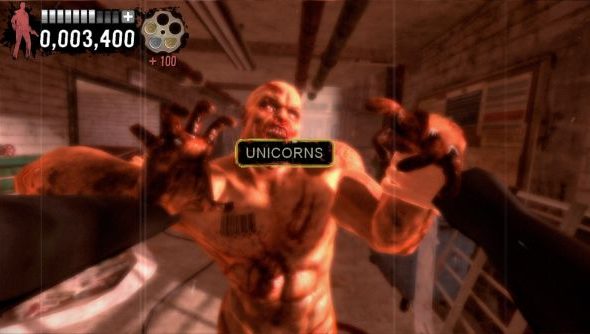 House of the Dead: Overkill was a spectacularly stupid game: an on-rail light gun exploitation pastiche zombie shooter for the Wii. Interesting fact: it holds the Guinness World Record for the number of fucks in its script. 189.

Typing of the Dead: Overkill is even stupider. It’s House of the Dead, but your guns are replaced by keyboards, and words are your weapon. Type out letters, individual words and sentences to defeat the monsters. Your aim counts for nothing. Your words per minute matter. 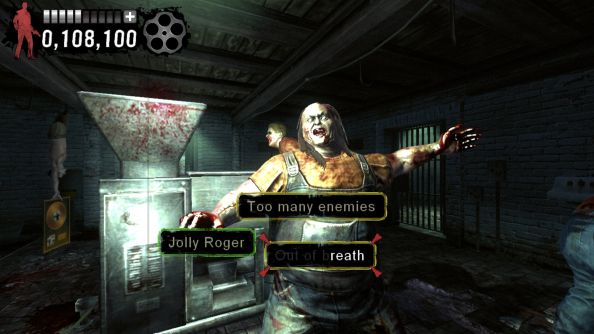 It works, not because it’s a funny concept, because it’s just fun fullstop. Typing of the Dead demands not just that you type fast, but that you type smart. If you let the zombies live for too long, they’ll strike at you, nudging away at your (actually quite generous) healthbar. Special zombies will throw projectiles at you, meaning interrupting your flow to deal with the treats, and bosses demand that you hammer out entire sentences as quickly as possible. The fun is delivered by secretarial triage: quickly understanding which zombie needs to die first, and banging your way through their trigger word as quickly as possible.

It’s more varied and more interesting than you might initially think. Each level is about ten minutes long, with a boss fight at the end. While you’re essentially just typing, it will continue to throw wrinkles: boss fights and special situations where you need to adapt. I didn’t find the game particularly hard: I could finish most levels on full or near to full health without using a continue, but at the same time, I always felt pressured to perform.

It’s also very, very funny and very, very rude. The setting: 70s era exploitation flicks, gives the game leeway to throw every idea at the screen in the hope it works. By the second level, you’re wading through gags about mobility scooters and stripping – and there’s just no let up. It’s ludicrously self aware: at one point the game randomly insults a set of pictures of its developers just because it can. 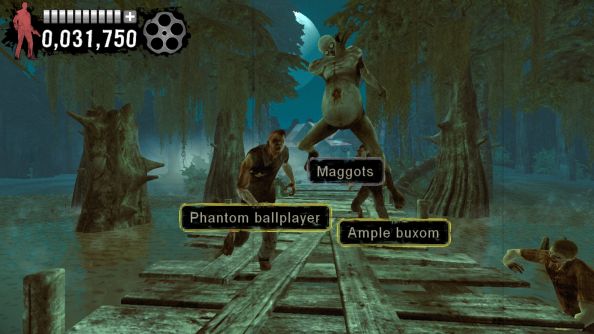 Performance wise: don’t expect it to stretch your GPU or PC. It’s a port of a Wii game and it looks, frankly, bad. The textures and models look pretty ropey when you’re playing at desktop distances compared to PC, and there are jaggies and artefacts all over the place.

It’s not a big game: there’s only nine levels and you’ll probably burn through them in a few hours. There are some minigames that might help stretch it out a bit, including survival and precision modes, that sit alongside a port of the original House of the Dead: Overkill that replaces the typing with mouse aim.

However: I think criticising it for being ugly and short is to miss the point. This is a no holds barred novelty amusement. It is stupid and dumb and very, very fun.