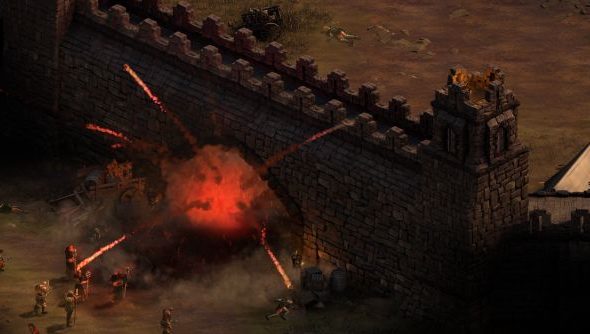 Obsidian lost their Pillars of Eternity narrative designer and games industry veteran Chris Avellone half way through last year, as he departed the company to work on other projects. However, before he went, he was involved with their latest sprawling RPG, Tyranny.

Read Jeremy’s deep dive on Tyranny gameplay and the evil at its core.

“He was on early production on Tyranny,” reveals game director Brian Heins. “Some of the concepts of this IP were constructed by Chris, some of the characters have the same names he gave them and the same ideas.

“For me one of the reasons I came to Obsidian was to work with Chris Avellone so on a personal level it’s disappointing because I’d love to keep working with him and possibly in the future we’ll have that opportunity again.”

Of course, it did have an impact when he departed. “With Obsidian there was a shift and change when he left but with the games coming out there’s a lot of opportunity for people to step up and show what they’re doing.”

The folks are Obsidian wish him the best of luck though. “Him moving on – he’s ready for other challenges and it’s great to see the things he’s working on. Prey [was] announced and it looks fantastic, it’s new horizons for him.”

We’ll get to see how Tyranny has shaped up later this year. For more on Avellone, here’s our big interview with the man himself and how to write an RPG – from characters, to quests, to options.