With GDC and the announcement of Obsidian’s new RPG, Tyranny, in our rear view mirrors, we’ve had plenty of time to get all hot and bothered over the prospect of a potentially fresh and distinct fantasy romp from the house that built Pillars of Eternity. And that means we have more questions, too; questions about what it means to be evil, and what being the employee of a megalomaniacal overlord is really like.

Will Tyranny end up on our list of the best RPGs on PC?

In our quest for more juicy Tyranny details, we’ve roped game director Brian Heins into giving us the skinny on the titular tyrant, Kyros, the player-controlled Fatebinder, and what it means to be an Iron Age Judge Dredd. 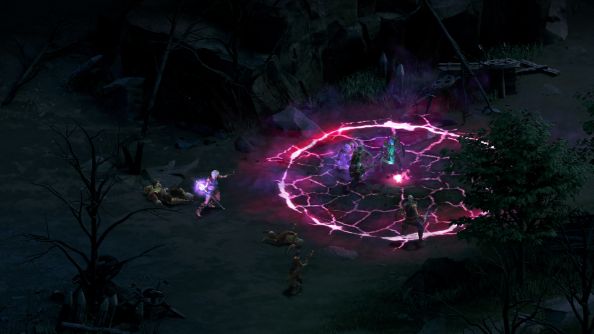 Players will jump into the probably expensive boots of a Fatebinder, a lackey of the seemingly immortal leader of a globe-spanning empire, Kyros. Even god-like rulers need a helping hand from time to time.

“Kyros’ empire is a large, sprawling one that covers the known world,” Heins explains. “One person can’t directly control and micromanage everyone, so Kyros has lieutenants called Archons, people who are very powerful, and one of those Archons is your boss, who created the Fatebinders to resolve disputes between the different Archons and the groups that report to them: the armies, the mage guilds and the bureaucrats who run the empire.”

So instead of being an aimless adventurer, you’ll be an employee of the ruler of the known world, solving disputes and dishing out justice, more Judge Dredd than Bilbo Baggins. And this important role will be reflected in the quests.

“We want the quests to reflect your status in the world,” Heins says. “You’re not the one being sent to get the cat out of the tree, you’re the one that has to decide whether an entire population has to be relocated.” 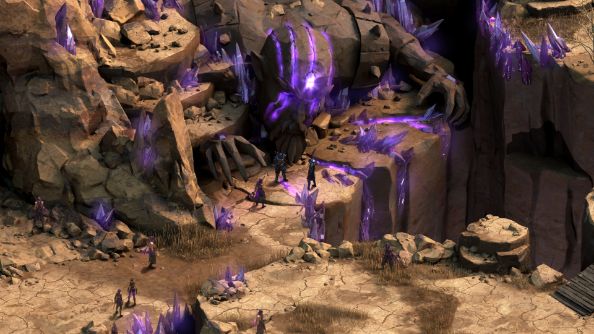 And that means, thankfully, that the fetch and kill quests that fill up so many other RPGs won’t be present in Tyranny. Instead, the Fatebinder will be mediating disputes and enforcing Kyros’ will in the fringe of his empire, the last part of the world to be swallowed up by the tyrant. And being in the most distant part of the empire will make things difficult. While Kyros has ostensibly ended war and conflict by uniting the world, the region that Tyranny takes place in is still adapting to this new regime. While some welcome the structure it provides, the fact that it’s demolishing native culture and subjugating people is a bit of a sticking point for others.

While the Fatebinder may choose their own path when it comes to doing their job, and that can even involve going against Kyros’ rules, the enigmatic overlord is actually surprisingly pragmatic. Certainly his actions can be deemed cruel, but Obsidian is trying to avoid binary morality.

“Kyros cares about the law and everyone conforming to the laws and rules he’s established. Each person has a certain level of autonomy. As long as they don’t try to rebel against Kyros or try to flout the law in any way… Kyros doesn’t really all that much about whether people individually are happy or sad, it’s more about the collective world being improved by Kyros’ law. 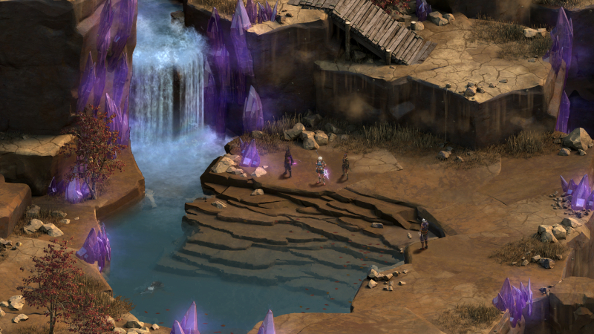 “There’s not much room for different opinions and voices in that, so people who don’t agree are generally unhappy, but one of the things that Fatebinders can do is they can resolve these problems and add to some level of contentment to the world while still maintaining Kyros’ law. That’s absolutely a possibility.“

While players will be free to try and make people’s lives better, they can also take on the mantle of villain. It’s not much of a leap, given that the Fatebinder has already been complicit in the conquest of the known world, a conquest that has ravaged many towns and states. But the nature of evil in Tyranny is not easily defined.

In countless RPGs, playing a villain means being an arsehole. It means extorting NPCs, murdering innocents and generally being very rude to everyone. It’s a sort of aimless evil, being bad for the sake of it. It’s possible to be a nasty creep like that in Tyranny, as well, but there’s also the potential for more nuanced villainy.

“There’s that whole notion of the ends justifying the means,” notes Heins. “It’s for the greater good, that lie people tell themselves that can justify any action. Maybe you’re doing horrific things, but it’s all for some greater good. That’s what we’re trying to do when we give players choices: they’re not cartoony black and white, good and evil.” 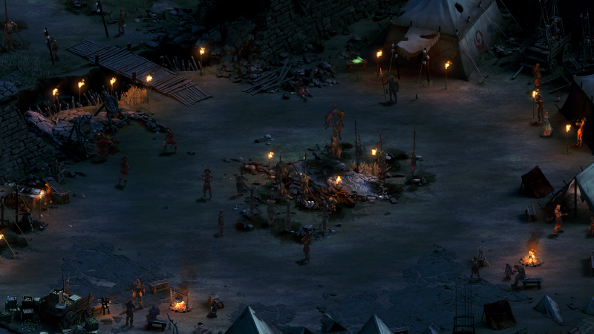 So players might choose to kill someone in an effort to solve a problem or dispute, and on the surface, a murder doesn’t sounds exactly noble or good – but what if it’s the quickest way to fix the problem? Or the best way to stop other people from suffering? Intention and context are important.

Of course, if you take the murderous or most brutal route all the time, then it doesn’t matter if you think you’re noble, the world is going to react to your decisions. And it’s not just for the big things, either. Act like a dick to a soldier, and his commanding officer might show up later and make your life difficult. And throughout, companions will have their own opinions about how their boss does their job.

They’ll interject in the middle of conversations, letting you know if they think you’re making a mess of things or being a terrible human being, so you’ll constantly be building this relationship with them, both positive and negative, which will impact gameplay and the narrative, as it unlocks special friend and frenemy combos as explained during the GDC demo. They’re not static, though. Characters joining the Fatebinder will have specific combat roles and particular world views, but both of those things can be changed. The former through gear and skill customisation, and the latter through conversation and manipulation. 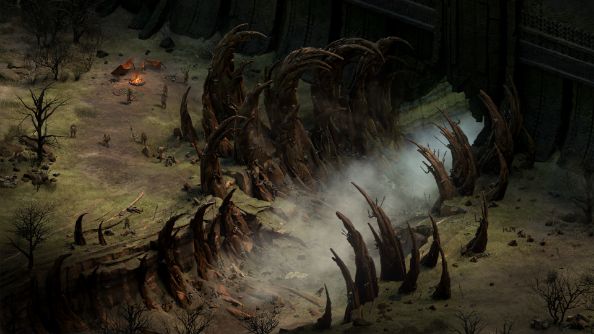 That last part is especially exciting. I’ve long asserted that Obsidian’s Knights of the Old Republic II contains some of the best and most disturbing interactions with companions in any RPG because, if you decide to dabble in the Dark Side, you can mold even otherwise good characters into Dark Jedi, honing in on their vulnerabilities and using them to recreate them in your own image. You won’t be turning any companions into followers of the Sith philosophy in Tyranny, but it will be possible to manipulate them.

“We want to have moments where you can make choices that can change how your companions view the world, and do great things that build them up or tear them down,” Heins explains. Tearing them down sounds delightfully ominous.

Ultimately, the key to understanding the morality of the world, specifically in regards to Kyros, his Archons, and their Fatebinders, is all in the name: Tyranny. Despite the negative connotations of the word, which conjures up images of military dictatorships and cruel, authoritarian regimes, a tyrant is just a supreme ruler, not necessarily an evil ruler. And thus Tyranny seems to promise an exploration of dominance and control rather than abstractions like evil. And whether you decide to go down the path of hero or villain, you’ll still be put in a position where you need to exert the authority given to you by a tyrant to repair or dominate the world. How you’ll use the tools at your disposal, however, will be up to you.