RPGs never really did get the hang of evil, for all the heaven-and-hell DVD covers of the last decade. The genre has traditionally defaulted to Chaotic Evil, in D&D terms – the cartoon kind that cackles and foams at the mouth, represented by a dialogue option that boils down to “kill ‘em all”.

Real-world evil, of course, isn’t much like that. It’s subtler, more insidious. It’s often delegated, brought about by some distant authority – or tolerated in the name of stability and the status quo.

What’s the best RPG you’ve ever played? Here are our picks.

In Tyranny, you’re no farmer’s child thrust into a grand adventure – you’re a figure of authority in the army of Kyros, new overlord of a conquered realm. You begin the game with blood on your hands, having ended a war but caused a load of suffering to do it.

As Fatebinder – weaving together the roles of cop, judge, jury and executioner, a victory for public spending if nothing else – you’re expected to resolve disputes between the empire’s uneasy factions in whatever way you see fit.

“I just loved the idea that at the start of the game you have someone who actually has authority in the world,” says game director Brian Heins. “You have respect and people listen to you.”

Like Planescape: Torment and Knights of the Old Republic 2 – an anti-Jedi Star Wars game, let’s not forget – Tyranny feels like it was conceived by developers who’ve become frustrated by vanilla RPGs, even as they’ve designed them. Sure enough, it’s an idea that’s been kicking about at Obsidian for a long while.

“This iteration has a few different permutations,” muses Heins. “At one point it was going to be a launch title for the current generation of consoles – that game was cancelled. We then retooled the idea and refocused on this world where evil has won. As you progress through the game you get to choose whether to continue that suffering or try to change it and rebel against it.”

Obsidian, who for years seemed to scrape by on whatever publisher-approved projects would keep the lights on, now appear rejuvenated by the success of Pillars of Eternity. Tyranny builds on both the engine and lessons of the Kickstarter smash. 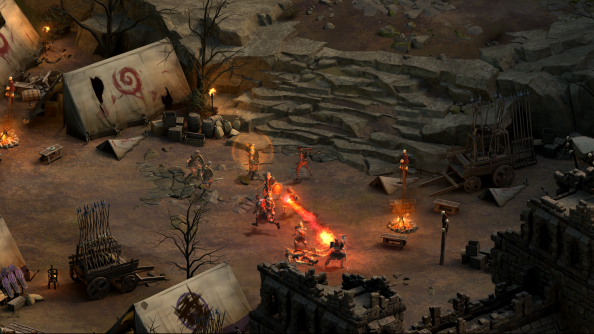 “They’d already solved a lot of those problems about how to render those environments, how to make these monsters, so we were freed up,” remembers Heins. “It was like, ‘Hey, let’s just focus on making this a different type of RPG.’”

Conversation and combat, the meat and potatoes of Tyranny, are immediately familiar from Pillars. Chat boxes contain not just dialogue but literary flourishes and descriptive asides – the behavioural cues that help guide your choices. Frequently there are four or five response options, some tied to specific stats or past decisions and allegiances.

When negotiation does break down, the fighting is as involved and intricate as ever. The violent exchanges I had with the Disfavored – one elite legion within Kyros’ diverse and squabbling army – felt lengthy and gruelling, especially since they necessitated plenty of pausing via the space bar to issue orders and fire off spells. Magical abilities are still very much at play in this realm, and Obsidian have introduced combos – powers that require the cooperation of two specific party members to pull off.

Companions are picked up Pillars-style out in the world, and combos help narrow the gulf between the decisions you make about your characters and the ones you make during combat. They’re triggered like spells and other cooldown abilities – but the combos you have available are defined by which companions you have and how you treat them. 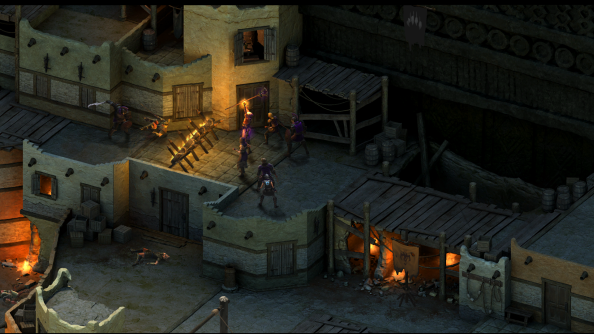 Where Tyranny fundamentally differs from its predecessor is in the handling of XP. Weapons, magic and support skills each have their own experience pool; swing a sword, and you’ll gradually fill the one-handed weapons bar until that skill levels up. The ranks you acquire in skills then contribute to your character’s overall level.

It’s an organic system that sounds more Elder Scrolls than Baldur’s Gate, and has a host of knock-on implications.

“Pillars was obviously a very class-based game and you had very defined roles, and that’s great if you want to be a fighter, a mage or a thief,” says Heins. “In a skill-based system, if you want to live in the cracks between those classes and want a more hybrid character you can actually do that.” 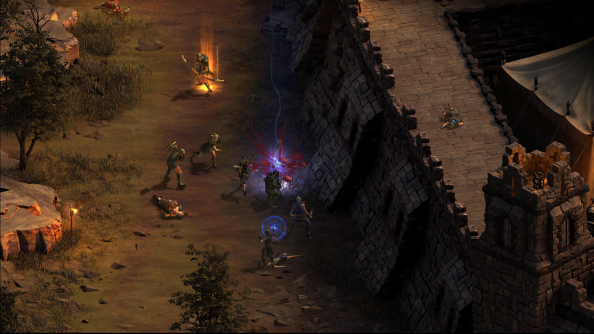 It’s also a solution to that age-old RPG problem of getting 20 hours in, only to realise you’ve built your brickhouse fighter on the wrong foundations.

“We wanted to make sure all the attributes and skill choices are valuable to you as a character and if you decide halfway through that you want to try another thing, that’s still a viable option,” Heins elaborates.

These are the sort of innovations that reveal themselves after many hours in Tyranny’s company; the initial draw, of course, is evil without the “moustache-twiddling”.

“I didn’t want the mindless psychopaths who just kill everyone to be the only thing that evil is in this game,” says Heins. “Everyone is the hero of their own story. All of our evil characters are acting rationally, they are making the right decisions and doing the correct and moral thing to do.”

Even Kyros, conquering killer, evil overlord and your boss, believes he is bringing order to the world. In his mind, everyone will be happier if they know their place and follow the law. Anyone who can’t should be removed from society, so that everyone else can be happy. 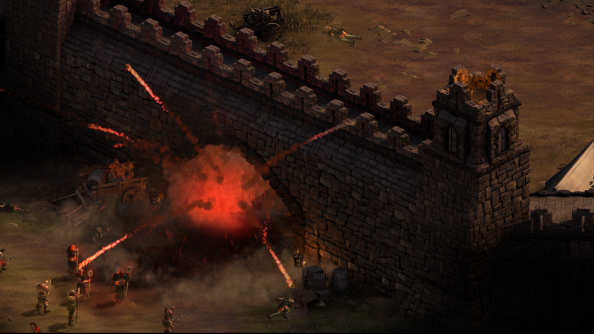 “That’s a modern idea of free will and freedom and democracy,” notes Heins. “That’s endemic of what we believe, but in a more brutal, Bronze Age way.”

In our E3 demo, it became apparent that you can side against the empire, protecting the underpowered resistance against Kyros. But unlike the farmer’s child, you already have an investment in this new order that has given you a powerful job.

“If you want to be the good character, what’s the price of being good in this world?,” asks Heins. “In a lot of RPGs, the good choices are the easy ones to make. For this game, making the good choice will have a lot of people hate you. So are you willing to pay that price to make that decision?”