Tyranny is a deceptive kind of game. At first glance, it looks like yet another entrant in the “what’s old is new again” revival of classic RPGs that seem to be all the rage these days. But the time I spent with it at a preview event this weekend has proven that, underneath that layer of Infinity Engine nostalgia, Tyranny is a very different type of RPG. With a skill system reminiscent of Skyrim and a story that shrugs off the heavy mantle of fantasy tropes, Tyranny feels like a wolf in sheep’s clothing.

During the event, I got to preview Tyranny’s unique Conquest mode, which introduces you to the world by letting you conquer it. I also sat down with game director Brian Heins to talk about how Tyranny isn’t here to pay tribute to an older generation of RPGs and what it means to be good in a kingdom ruled by bad.

PCGamesN: This is the first time in quite a while that Obsidian has been in a position to reiterate on an idea. Now that you’re getting a second crack at an RPG like Pillars of Eternity, how does that change things?

Brian Heins: It’s been great. Going from project to project, often we’re working with a different publisher and a different engine—there’s always this ramp up for the team when starting out. For Tyranny, it’s been great. We already made Pillars of Eternity, we had a game engine already developed. We already knew how to make scenes, how to make enemies. Starting work on Tyranny was like, okay, these things are answered, we don’t have to worry about them anymore. We can just focus on what is the world, what is the story we want to tell, and how do we make ourselves different from Pillars of Eternity.

I have to imagine that, along with that, there must be a lot of lessons learned through the development of Pillars of Eternity that are being applied in Tyranny.

A lot of it was looking at what people really liked about Pillars of Eternity. Pillars was very much going for the old school nostalgia of the Infinity Engine games. With Tyranny, we’re still making that same type of game, but we’re not going for that same nostalgia element. We can change a few things like adding a minimap that shows more of the scene, changing more of the base mechanics so that we can go with a more of a cooldown-based ability system. We don’t have to worry about the fact that that wasn’t how things worked in Infinity Engine games because that’s not one of our goals. 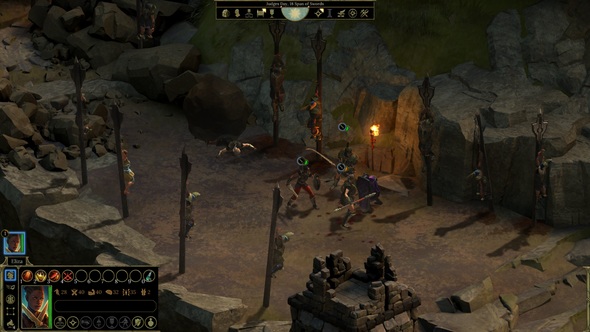 Obviously that’s super telling in Tyranny’s skill system. Can you run me through how that works?

This is something I wanted to do differently because I love skill-based systems for games, it’s my favorite type of game to play. The way it works in Tyranny is you have different weapon, magic, and support skills. As you use those skills you gain experience, the more experience you gain the higher they rank and the more your character levels up. People who’ve played Oblivion or Skyrim will be familiar with that type of skill system. As you go up in level on your character, you can purchase attribute points that make your character more powerful, learn new talents that give you new abilities, and new passives that make your character more specialized.

So with the old class system so deeply ingrained in this type of RPG, why abandon it in favor of more freeform character progression?

It’s my favorite type of RPG system to develop and it’s like coming home for me to work on that type of game.

What do you love so much about it?

Class systems are great because you have defined roles that you know—if I’m playing a fighter, I know it’s going to play a certain way. But oftentimes I want to make the hybrid, I want to make the fighter-cleric hybrid. I love living in that grey space in between the defined classes which is one of the things that a skill-based system allows you to do. You can create your own character. Whatever concept you have, by just focusing on the right skills, you can really make that character for yourself which allows you to roleplay the character the way you want to. 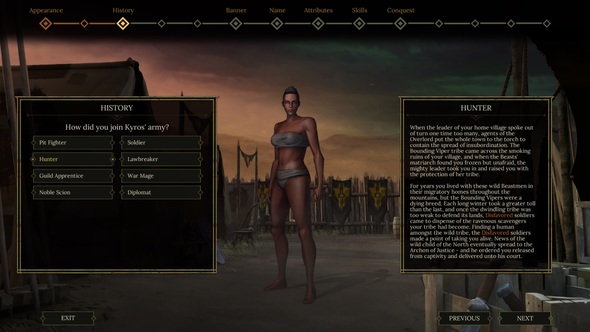 Well, speaking of roleplaying, isn’t it going to be hard to do that considering Tyranny’s story begins just as evil has won? I mean, where’s the fun in roleplaying that?

The thing that It allows us to do is tell a very different kind of story. Typically most games are set with a struggle between good and evil, and it’s a great story. But saying evil has won and you’re part of the evil empire, how do you survive, how do you triumph? It’s a whole new type of story we get to tell. It’s not about redeeming the world—the world is lost. Your choices are how do you make yourself powerful and important within the context of someone who is in this evil empire. For me and the team, it’s been very freeing. We don’t have to make the goody-goody paladin choice, we can go for different shades of bastard. It’s a fun experience.

Well, what I’m really enjoying so far is that it feels like Tyranny is giving the middle finger to a lot of fantasy tropes.

We’ve all worked on games that have those tropes and we love working on them, but there’s something very freeing about being able to say, ‘No, we’re not doing that.’ We don’t have to try to appeal to those same preconceptions about what a fantasy game is. On the team there’s definitely been a lot of ‘What kind of evil thing can I get the player to do today?’

It’s interesting you say that because I’m someone who almost exclusively plays good characters in RPGs. It’s mostly because I find evil choices in a lot of RPGs to be really unsatisfying. They make the mistake of thinking evil is synonymous with brash or psychotic. What kind of challenge is it to avoid that?

By going with the idea that we are evil, we had to be like okay, evil can’t just be a villain or a psychopath. We got to have nuance to it. So how do we create a world that allows for nuanced evil? That was the big challenge with Tyranny, was making a world where people who want to play the good character are making evil choices but they don’t necessarily feel evil. There’s always a rationale to it that, if you buy into it, always has to make sense. You might kill a villager, but maybe you believe it could be for the greater good. 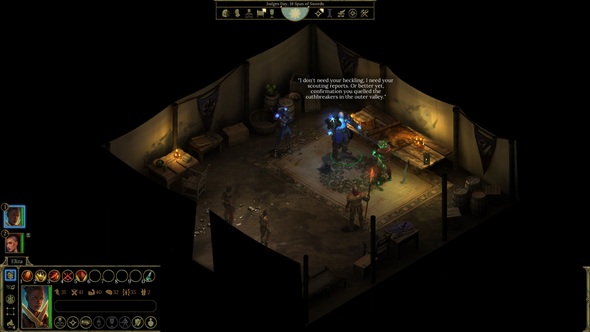 From what I’ve played, I get a sense that morality really doesn’t play much of a role in Tyranny at all. Every choice feels ambiguous because they’re all within the context of such an authoritative, cruel empire. What’s it like designing choices and a story that have no moral center?

I think the main thing we were looking at is that the moral center for the player is whatever makes them feel powerful and important. Playing a Fatebinder in Kyros’ empire is a very different power fantasy. It’s not being the hero who saves the world, it’s like, some of your choices are going to be whether this guy gets executed or condemned to be a slave. Having the ability to make those decisions, as awful as they can be, is fun and enjoyable in a lot of ways. It’s not about just being a dick for a dick’s sake, sometimes you have those options and they can be fun, but we always want to give context and advance the player’s objectives. How does this make them feel more powerful?

It’s funny you mention that, because the decisions I’ve made so far in the preview really highlight how much Tyranny is rooted in moral relativism. Compared to my life and upbringing, a choice might seem disturbingly barbaric, but to my Fatebinder, it’s just life as they know it.

One of the things that we talked about early on is how morals are relative. When I was in school we had a class where the professor was talking about when a group of people want something to be wrong but they don’t have a good reason for it they want it to be immoral. Different cultures have those different ideas of what is moral and what isn’t.

Well let’s just say I’m someone who flat-out wants to play a good person by today’s standards. Does Tyranny cater to me at all, or do I need to suck it up and accept I’m going to make some terrible choices? 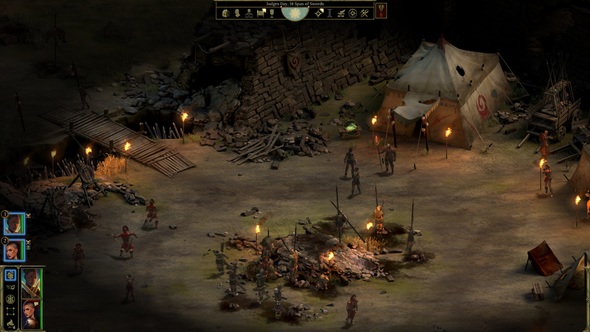 There is definitely a better path you can take through the game but it’s harder. It’s not as easy as playing an evil character because you’re surrounded by evil characters for the majority of the game. Even when you’re on that path, it’s not like you’re suddenly surrounded by paladins of noble virtue. Everyone has their own agendas and you have to deal with them, but you can try to hold a more morally correct stance if you want to.

Well, that makes me apprehensive about being the good guy. Taking it the other direction, without spoiling anything, what’s the most evil thing I can do?

I don’t know if I can say it without context… So, there’s a moment where you’ve been given an objective and you think that you’ve accomplished that objective only to find out that, no, there’s now an innocent life hanging in the balance of your choice. You have to decide if that innocent life lives or dies. Without the context it’s hard to explain why it’s an evil choice, but when you get to that moment—I’ve had people say they’re not sure if they can go through with it.

Oh great, I can’t wait for Tyranny to give me a good reason to hate myself.