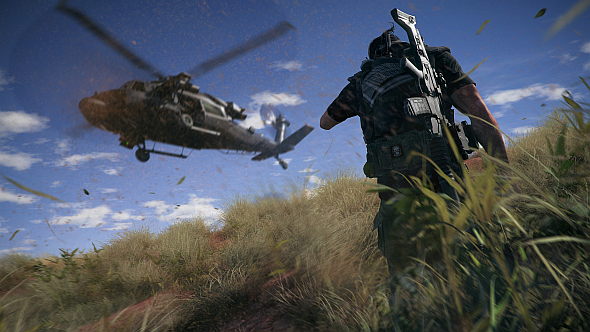 Ubisoft are set to add two new offices to their sprawling development empire, which currently numbers 26 studios across 18 countries.

Ubisoft’s well-polished formula has given us many fine open-world games. Scratch that free roaming itch with the best sandbox games on PC.

The new studios are coming to Bordeaux and Berlin. They will add “at least 100” new staff to Ubisoft in their first year, and assist on developing games in “some of Ubisoft’s biggest franchises” as part of the mega-publisher’s cross-studio collaboration approach. Ubisoft already have two studios in Germany and four in France, where their first internal development shop, Ubisoft Paris, celebrates its 25th anniversary this year.

“We pride ourselves on attracting and retaining the best creative talent around the world, and on establishing video games as a viable career option and economic contributor in new locales,” says Christine Burgess-Quémard, executive director of Ubisoft’s worldwide studios. “Opening new studios in both France and Germany enables us to offer more opportunities to skilled graduates and industry veterans in those regions, who in turn will help our highly-skilled teams in development of some of our biggest franchises.”

Ubisoft Bordeaux will be headed by Julien Mayeux and report to Xavier Poix, managing director of Ubisoft’s French studios. Ubisoft say it will “collaborate on the development of some of the biggest videogame fdranchises to have originated in France, incuding Just Dance, Steep, and Tom Clancy’s Ghost Recon Wildlands.”

Germany is home to Blue Byte, acquired by Ubisoft in 2001. The new Berlin studio will report to Benedikt Grindel, manager of Ubisoft Blue Byte, and work with his existing teams in Düsseldorf and Mainz on “an unannounced project from within one of Ubisoft’s most popular triple-A franchises”. Blue Byte make strategy franchises such as The Settlers and Anno, and recently helped to make the PC version of For Honor.