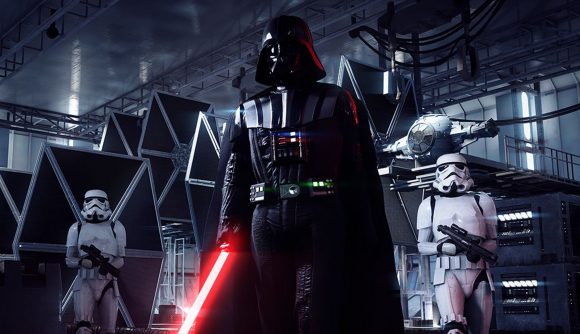 Today, the UK Parliament’s Digital, Culture, Media and Sport Committee has published a lengthy report on issues in the tech industry. Most pertinently, the committee recommends that loot boxes be regulated under the Gambling Act and that these items should not be sold to children. The DCMS also says that some game industry representatives have “demonstrated a lack of honesty and transparency” in related hearings – and they weren’t fans of the one in which EA coined the term “surprise mechanics,” either.

Previously, the UK Gambling Commission ruled that loot boxes cannot be regulated as gambling because there’s no mechanism to turn in-game items received into real-world money. The DCMS report says that this is “arguably out-of-step with the digital economies in the games industry,” since loot box items have other types of value – and many players have expressed the desire to purchase those items directly.

Similarly, the DCMS argues that while the sale or trade of in-game items for real money is specifically forbidden in the terms and conditions of most games, game publishers are not doing an adequate job in preventing these sorts of sales from taking place. Thus, there is a backdoor way to trade in-game items for real-world value.

The DCMS says that “academics broadly acknowledge that there is not yet enough evidence to reliably conclude that loot boxes cause problem gambling.” But while there’s no significant evidence that loot boxes cause gambling addiction, the report notes other studies suggest that problem gamblers will often show similar behaviour with loot box mechanics – and that this link is stronger among adolescents than adults.

The report says “some representatives demonstrated a lack of honesty and transparency” and were “wilfully obtuse” in answering questions about what data is collected about how players engage with games.

The DCMS also took issue with the statements of EA’s Kerry Hopkins, who called FIFA’s Ultimate Team packs “quite ethical and quite fun” in a hearing earlier this year. “This is noticeably out of step with the attitude of may gamers who contacted us following our evidence session,” the report says, “including those who vehemently rejected her characterisation of packs not as loot boxes but as ‘surprise mechanics.’”

The report concludes that “loot boxes that can be bought with real-world money and do not reveal their contents in advance to be games of chance played for money’s worth.” That places loot boxes under the umbrella of the gambling act, and would require these mechanics to be regulated as gambling.