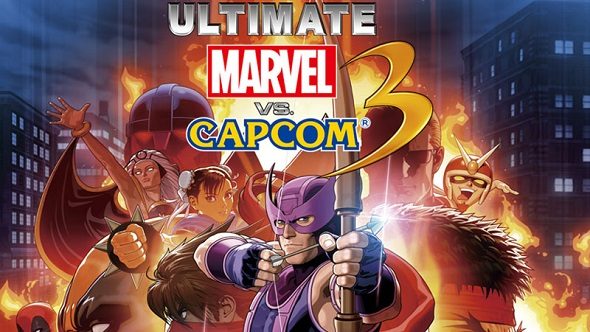 Following its period of console exclusivity, cult classic Ultimate Marvel vs. Capcom 3 is now available for the first time on PC. Bringing together the forces of Marvel Comics and Capcom’s extensive back catalogue of characters, this three versus three fighter is still one of the most frantic fighting games out there at the moment.

If you’re looking for high intensity multiplayer, check out these PC multiplayer games.

Currently undergoing quite the community renaissance, Ultimate Marvel vs. Capcom 3 is thriving at the moment, with its current gen console and PC release reviving interest in a fighter that was teetering on the edge of extinction. Unlike a game like Mortal Kombat or Street Fighter, Ultimate Marvel vs. Capcom 3 has teams of three characters squaring off, with players calling in assists and tagging in teammates to continue combos.

This PC release of Ultimate Marvel vs. Capcom 3 comes with all the DLC from the original console version, alongside a digital version of the Marvel vs. Capcom: Official Complete Works artbook. The only piece of DLC that does not come with this rerelease is one of Magneto’s alternate costumes, which had to be removed from sale due to it looking too much like the regalia of King Juan Carlos of Spain.

The main question for this PC port of Ultimate Marvel vs. Capcom 3 is how well the netcode will fare, compared to the current and previous gen versions. With the PS4’s netcode being worse than expected, Marvel-heads are hoping that the PC version will actually have stable netcode for online matches.