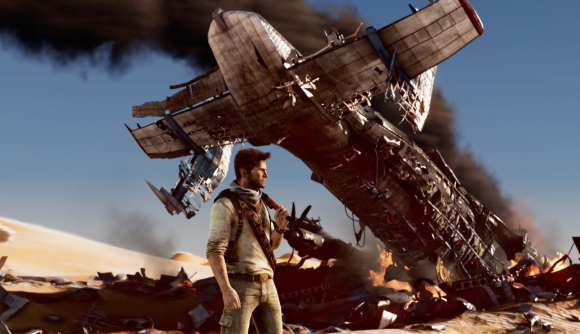 The year is 2020, and the Uncharted film has lost a sixth director. You read right; despite the film’s production appearing to be in full swing, director Travis Knight has left the film due to schedule complications(via Deadline).

We all know Uncharted as a fantastic series of games, full of adventure and fun. And we know that we all (sometimes) love a good videogame film, or perhaps TV show, so it was only a matter of time until an Uncharted movie was mooted. Unfortunately, one of the film’s stars is very busy and popular these days.

Tom Holland, of Spider-Man fame, is set to take on the role as Nathan Drake, however, due to his busy filming schedule, it seems Knight has had to leave the project. Sully will be played by Mark Wahlberg and the screenplay’s draft is by Rafe Judkins and the team behind Iron Man, Art Marcum and Matt Holloway. Although missing a director, the film has no shortage of high profile names attached.

As of yet, there is no word on who will be taking on the project next, and since there have already been six directors on the job, one may wonder who is left to ask? The current list of ex-directors stands at Dan Trachtenberg, Shawn Levy, Seth Gorden, Neil Burger, and David O. Russell, with Travis Knight now bringing up the rear.

We’re just waiting for the day to see Tom Holland running from country to country, sheer mountainside to mountainside, and inevitably falling in love with a dangerous woman.

Six directors means that there have been more directors of this one movie than there have been main Uncharted games, which is something of a surprise. And no, please don’t talk to us about the off-brand Temple Run game. It doesn’t count.