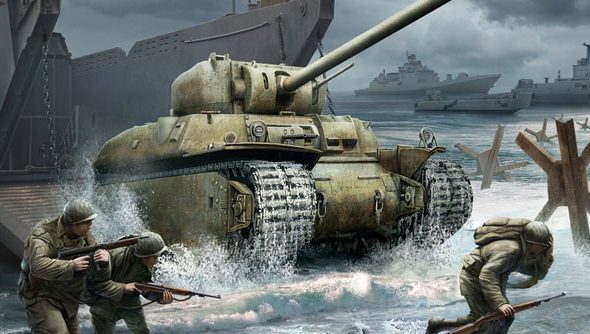 Do you regularly frequent the fields of an enthusiastically reimagined northern France in one of the best free games on PC, World of Tanks? Consider swapping your howitzer for a brow(it)ser in the CCG spinoff, Generals. It’s a turn-based take on Second World Warfare played on the same platform as this very site.

A free-to-play card combat game centered on one-versus-one online matches, Generals obviously borrows a format (and an intended audience) from Hearthstone. But though its cards are factional – split between the US, Germany and USSR – they’re not fictional. Real-world tanks and artillery, as well as orders, headquarters and buffs, make up the 200 or so cards from which you’ll be asked to form a deck.

Hmm! No client to download, but a form to fill out if you want to play in the Generals closed beta (though the website is down for maintenance at the time of writing). And if that subtitle leaves you wistful for a particular era of C&C, have a look at Act of Aggression.