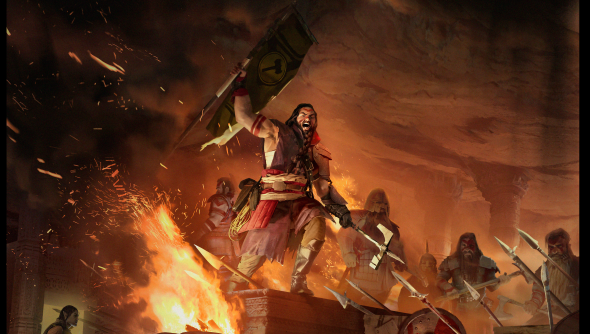 Ultima Underworld is sometimes talked about as the birthplace of the immersive sim: the first-person subgenre that spawned Thief and Deus Ex, and eventually Dishonored and BioShock. Thanks for the mechanics, Underworld. Your emergent scenarios and open approach have served us well.

But to cast the game as a distant godfather of modern gaming is to misunderstand it: Underworld isn’t done. Looking Glass’ first series was ended prematurely – and Paul Neurath intends to finish it.

Back in the early ‘90s, after Looking Glass had shipped Ultima Underworld II: Labyrinth of Worlds, the series “fell between the cracks”. Its publisher, Origin, had been acquired by EA and was entering its final form: swapping out managers and rearranging itself around the nascent Ultima Online. Talks around an Underworld 3 went back and forth, and eventually sideways. Looking Glass made System Shock instead.

The studio went on to greater recognition and financial success by further streamlining their sandbox simulation to yield Thief. But their founder couldn’t help but feel they’d left something behind: a “true role-playing game”.

“The difference between that and a Thief or even a Deus Ex is that you’re handing over to the player to make the character they want,” said Neurath. “There’s hundreds and thousands of different varieties of skills and equipment, how your character looks, all the magic you can learn and wield. So you’ve got this plethora of opportunity to craft your own hero.” 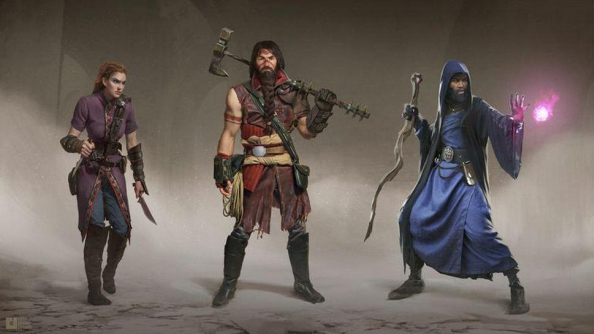 From Ultima, Underworld had taken the Avatar and the idea that the player had literally escaped, through a portal, from real-world mundanity into a fantasy realm. It was an allusion to classic literature that Neurath had always liked. When EA agreed last year to license Underworld and its fiction but keep hold of the Ultima name, he seized the chance.

“I’ve gone back to Electronic Arts a number of times over the last two decades,” said Neurath. “There were too many hurdles, but the stars kinda aligned and we were able to find a way to bring it back.

“We can basically take anything from the original games, like monsters and locations and items and some of the NPCs. But we can’t use the Ultima brand. In a lot of ways that’s okay because the Underworlds weren’t really designed to be Ultima – it was more of an incidental connection back in the old days.”

The newly-formed Otherside Entertainment will launch a Kickstarter campaign on February 4th, and Neurath is keen to try his hand at open development – an approach at odds with Looking Glass’ designer-centric culture.

“When we made the original Underworld, there was a wall between us and the fans,” said Neurath. “Back then, publishers didn’t really want the developers in close contact. They managed that whole relationship and it was done in a very corporate, PR-kind-of-way.”

But that same isolation from what role-playing fans were playing in 1990 helped shaped Underworld’s unusual precepts. The games of the time were typically overhead melee-style RPGs informed by D&D.

“We broke the rules,” said Neurath. “Real-time 3D, immersive, fluid sandbox-play – all of these things we did were pretty much going against what had been tried before.” 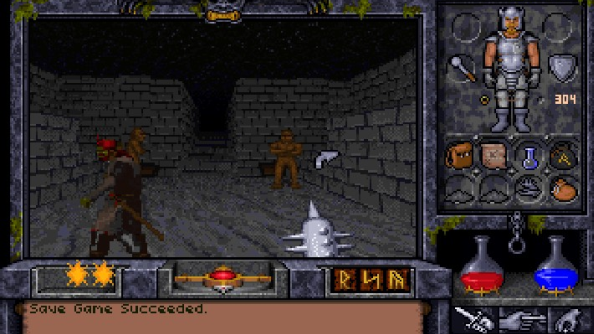 Ascendant, by contrast, should feel “very familiar” to old hands of Underworld. They’re now long used to a tangible sense that they’re alone against a deep, dark place – simulated in such detail that they can almost reach through the screen and touch it.

“All of the role-playing elements that worked are going to work again,” said Neurath. “We’re also going to innovate and push and try some new experiences.”

PC gaming has changed a lot in 20 years. Neurath sees Underworld’s DNA not only in Dishonored and BioShock, however, but in the RPGs of studios like Bethesda – where Looking Glass designer Emil Pagliarulo now holds a key role.

“If you look at Bioshock Infinite today, the first-person immersion of moving through the environment, walking up to other characters, the way you fight, the way you use the equipment and magic – a lot of those things were in significant part informed by what we were doing in the Underworlds,” he said.

“If you look at Skyrim or the other Elder Scrolls games – they are role-playing games, and again you’ll see a lot of influences from what we were doing.”

Neurath draws a line between the possibilities of playstyle offered by a game like Dishonored and the moment-to-moment decisions players will make in Underworld Ascendant.

“At any given time, you can try different things out. The world doesn’t turn into a stealth game or a fighter game – the world is the world,” he said. “The NPCs might know that you did a bunch a stealth and they might respond, but when you come to a new encounter, you use whatever tools you want to use. It’s much more open-ended, much more sandbox.”

Player choice in Ascendant won’t look like two paths branching off into the darkness – it’ll concern how they go about solving a challenge. Rather than scripting the weapons a player might use or the levers they might pull, Otherside are building encounters to support five or ten different solutions – reliant on stealth, combat, magic, or simply outwitting the opponent. 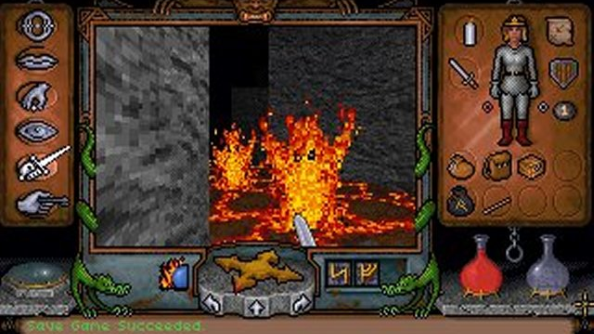 “To us, success in this model is if players discover solutions that we as designers never even imagined,” said Neurath. “We had this happen from time to time in the original Underworlds and we’re going to try and have that happen more often.

“If a player can come up with a solution and feel really clever, like, ‘Boy, I’m the first person to think of this way to solve this challenge,’ I think that’s pretty wonderful.”

The Ascendant team is ten people strong, plus some outside production help. After spending a few years at Zynga, Neurath has learned that his ideal team size is “lean”.

“We’re bringing it back as an indie studio now, which is cool because the original game was developed as an indie studio,” he points out. “If you spend 20 million dollars to make art production, you get locked into that.”

Among Otherside’s number are veterans of not just the original Underworld but System Shock and Thief – as well as Looking Glass devotees who worked on Deus Ex, and concept artists from BioShock Infinite.

“We did a quick add-up and the tally was over two billion dollars worth of games we’ve developed and a lot of Game of the Year awards,” said Neurath. “So we’ve got a team that can do it.”

Over the last four months they’ve built a playable prototype in Unity, designed systems for magic and combat, and drafted the narrative we’ll be “playing through and authoring”.

The visuals have “a long way to go”, but Neurath ensures us that the engine will eventually allow Ascendant to look “wonderful and gorgeous”. It’s a far cry from the tech Looking Glass built for the original games.

“PCs were only powerful enough to do the centre of the screen in 3D, so we framed all the way around the sides with UI graphics, like a paper doll of your character and those kinds of things,” said Neurath.

“With the power of computers today, you could set up an array of 3×3 monitors to have the game on the middle one and the UI all around the borders.”

Make no mistake: Underworld Ascendant will be a modern game. It’ll be developed openly alongside its backers. It’ll take on the “refinement” that’s come to first-person games now they’re no longer an experimental space. It’ll even conform – somewhat grudgingly – to the strafing control scheme popularised by Doom. But Otherside have reached back through the looking glass to recover the Underworld ethos.

“When we were doing the original Underworld we sort of thought of it as a simulation,” said Neurath. “We’re trying to create a fantasy world as if it really existed and you’re actually there.”