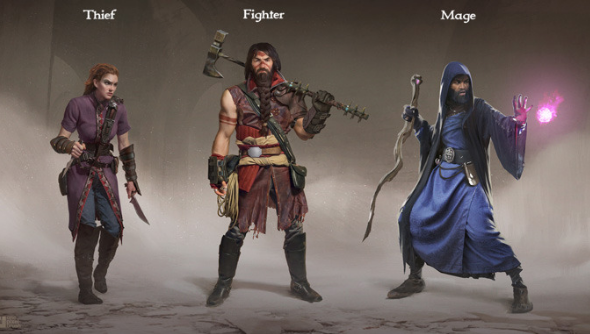 Ultima Underworld is responsible, almost singlehandedly, for producing the ‘immersive sim’ genre. Without it, everything from System Shock to Bioshock, Dragon Age to Skyrim, just wouldn’t exist. Probably.

Ultima is remembered fondly by fans, and it’s likely those fans that will be diving into their wallets right now to help fund the Underworld Ascendant Kickstarter, which will fuel the creation of an Ultima spiritual successor, designed and built by members of the original Looking Glass team.

OtherSide Entertainment, headed up by Paul Neurath, is looking for $600,000 to put Underworld Ascendant together.

“I started OtherSide Entertainment an indie studio to rekindle [Ultima Underworld],” said Neurath on his blog. “Joining me is an incredible team of developers, who will be introducing themselves over the coming weeks. Some worked with me on the original Underworlds, along with Looking Glass favorites like System Shock and Thief. Others contributed to more recent classics including Deus Ex and BioShock Infinite. We have deep understanding of the genre, and share a passion for bringing Underworld back.”

“The newest incarnation of the franchise, Underworld Ascendant, will retain the distinctive fantasy RPG gameplay of the originals. We already have an early prototype running on the PC. At that same time we will be pushing forward with new innovations — I can’t wait to tell you more about what we have planned!”

Promised in the Kickstarter campaign are dynamic classes that can be mixed and matched to create your own unique hero, factions that will rise and fall in accordance to your actions, and in ‘Improvisation engine’, a system that allows you to use your environment to tackle foes in interesting ways that’s not just knocking them on the head with an axe.

If you’re eager to throw your money at the project, you can do at the Underworld Ascendant Kickstarter page.