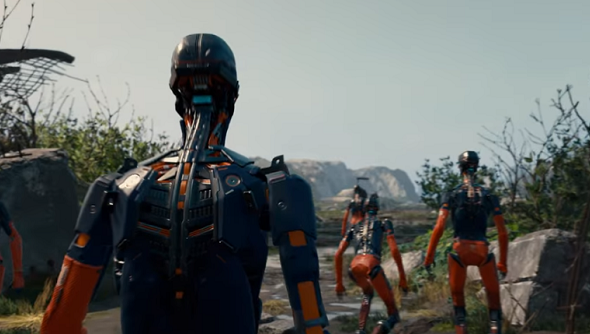 It’s usually Epic showing us what Unreal’s capable of with cinematic tech demos, but now it’s Unity’s turn with the full release of Adam, a short story about a sad robot who was probably human once.

I wonder how many of our upcoming PC games list are powered by Unity.

We’ve had some cracking – and visually distinct – games made in Unity over the past year or so, with Firewatch, Superhot, Homeworld: Deserts of Kharak and Oxenfree, among the highlights.

On the horizon, there’s everything from System Shock Remastered to Cuphead. Nobody could say it isn’t versatile.

This tech demo, Adam, shows what the engine will soon be capable of when it come to traditionally technically-impressive games. The demo is planned to be released to run on your system, but for now it’s been put on YouTube and was recorded running in 1440p on a GeForce GTX 980.

A version of Adam was shown at GDC in March, but this is the complete footage.

The Unity Demo Team built Adam with beta versions of Unity 5.4 and their upcoming cinematic sequencer tool. The tech demo also uses “an experimental implementation of real-time area lights and makes extensive use of high fidelity physics simulation tool CaronteFX, which you can get from the Unity Asset Store right now”, says the official site.

Additionally, the team developed some custom tools to get it looking as good as it does, including volumetric fog, a transparency shader and motion blur to cover specific production needs. These will be “freely available soon”.