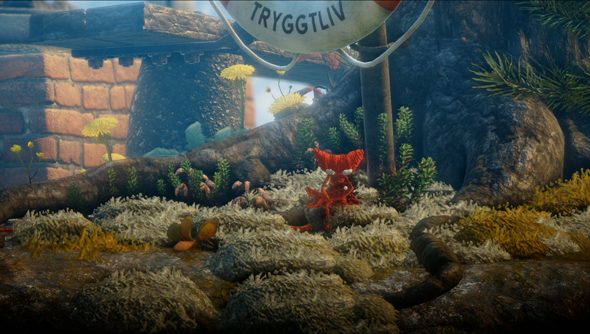 EA’s revealed a bit more of its adorable, physics-based puzzle platformer Unravel, showing off a coastal level in which Yarny must build bridges and drag bits of flotsam to create new paths and avoid treacherous waves.

Fair warning, at one point our little yarn-friend drowns in the briny surf. But then he finds a fish and seems rather pleased about it.

Unravel is being developed by Coldwood Interactive, a studio based in northern Sweden. The game was presented at E3 and Gamescom 2015 by creative director Martin Sahlin, who might just be the nicest man in the world. He carries a little Yarny everywhere he goes, finds inspiration everywhere he looks, and he wants to touch your heart.