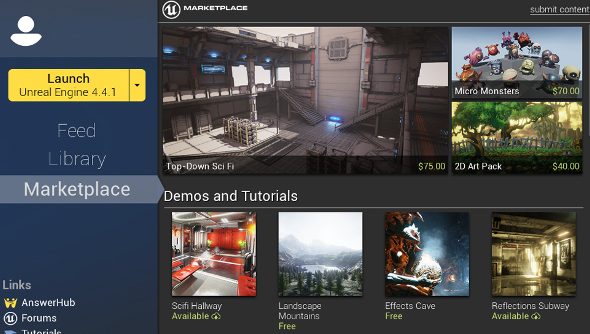 And the number of UE4 developers looks like its set to expand – with schools now being able to get free access to the engine. Schools will be able to receive the engine updates without forking over the $19 per month subscription fee.

The Marketplace has launched with a slew of assets for developers including environments, props, characters, sounds, materials, animated meshes, along with all the previously free content that was made available prior to the platform going live.

“What you see today on the new Marketplace is only the beginning,” explains Epic. “We’ll continue to add our own Epic-created content, such as complete projects, showcases, demos and tutorials that you can use for learning and for your own projects. In the coming weeks and months you’ll see plenty of updates, new features and new content releases.”