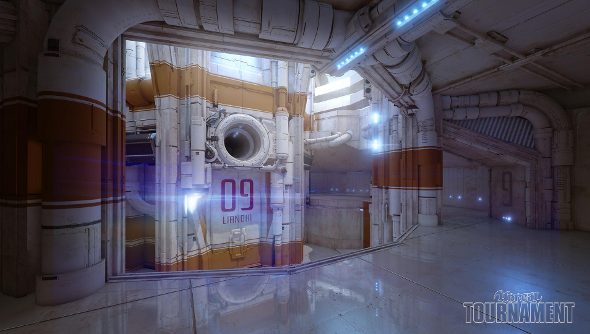 Unreal Tournament will be free. It’s already free, in fact, but only if you’ve got the Unreal engine 4. If you’re not developing a game, there’s a good chance you don’t. Not to worry! Kind soul and Unreal forum member raxxy is gathering builds created by the Unreal Tournament team and throwing them out into the aether, for any Tom, Dick or murderous space soldier to download.

And while Epic’s not involved, they’ve given the okay for raxxy to continue doing this. You can snatch up the latest build here, and expect lots of updates, as the game continues to be developed.

And with each update – they aren’t automatic, so you’ll need to download the new builds when they are released – it will bring you one step closer to the finished product.

Players without Unreal engine 4 will have some minor limitations put on them, though. You won’t be able to tweak values or create your own content, but you’ll still be able to play.

To keep up to date on builds – which you’ll need to do enjoy the multiplayer shenanigans – you can join the IRC channel. It’s #BeyondUnreal on GlobalGamers IRC Network.

Well, no time to waste. Get that downloaded and go shoot people.