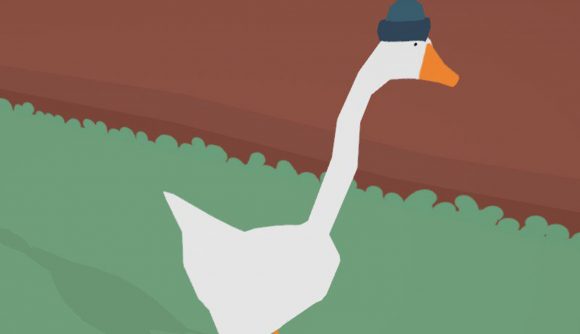 The success of the Untitled Goose Game has proven one thing: everybody wants to be a terrible goose. But what if you could actually make your own terrible goose? Goose Game’s protagonist is singular in its iconic depiction of pale, beaked terror, but the world can always think of something worse. Luckily, one indie developer has let us see what a goose creator would look like for ourselves.

Alex Massé, indie developer behind the upcoming life sim Paralives, has taken the tools from that game to build a prototype goose maker. A brief clip on Twitter shows off the features, including feather colours, costumes, and a whole bunch of sliders to let you turn your goose horrifyingly beefy and stringy, or anything in between.

Don’t expect this as an official addition to the Goose Game, of course. “Disclaimer: this was made for fun to test character editing tools in Paralives,” Massé says. “Parafolks are not ready to be shown yet so I used the goose! The actual characters will be in a different style and have a lot more customization options.”

Paralives probably won’t have a honk button, though.

What if Untitled Goose Game by @house_house_ had a character creator? I made a fan prototype using the editing tools in @ParalivesGame! I got both sliders and push/pull working 🙂

In case you missed it, Untitled Goose Game has some political commentary to offer involving Margaret Thatcher.

Check out the best indie games on PC if you’re looking for more unique gaming options in which to spend your time.