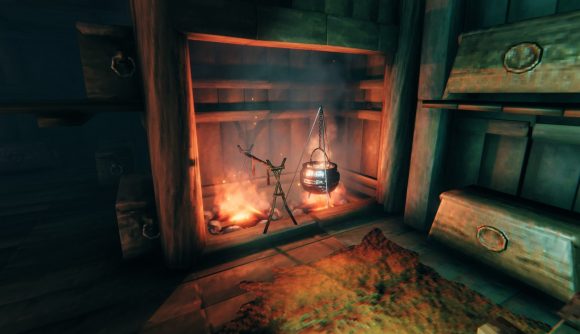 Valheim’s developers warned players earlier this week that the Hearth and Home update wasn’t going to be a major infusion of new content, but rather a set of changes to the more domestic side of the Viking game. One of the biggest changes in the patch is a new food system, which Iron Gate has already reined in, only a day after releasing the patch.

The new system for food is meant to give players more interesting choices when figuring out what to eat. Now, foods will either replenish health or boost your stamina, or provide a mix of both. However, a new hotfix released today rebalances just about all of that – now, hitpoint foods will provide a bit more stamina, and stamina-boosting foods will add some HP.

The hotfix also adjusts bows so that using them consumes a bit less stamina, which will be a relief to those of us who like dealing damage from afar. You’ll find that Fulings have gotten their hitpoints nerfed, and they’re now somewhat easier to stagger. The devs have also addressed an issue that was preventing tar pits from spawning on dedicated server worlds, so watch your step out there.

The food update is the big one, though, as that also feeds – no pun intended – into the way Valheim’s new blocking and staggering system works. The idea was that players who want to act as DPS characters could load up on stamina-boosting foods, while players who preferred a tankier approach can keep a lot of HP restoratives on hand.

That’ll still be the case post hotfix, but it seems you won’t need to commit quite as hard to one style or the other on a given expedition.

Valheim is still in Early Access, so there’s plenty more to come. You can check out our story on the Valheim roadmap to learn more, or have a look at our guide to the best Valheim mods if you’d like to start tinkering around with it yourself.