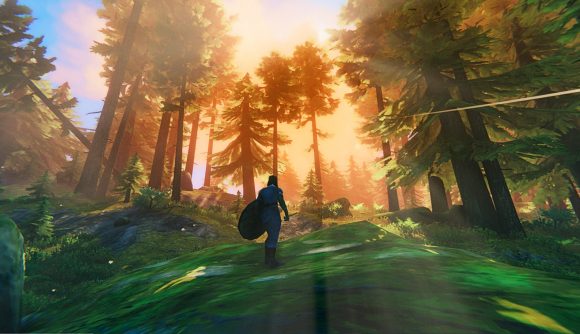 Valheim players have been quick to make the Viking survival game their own. Since the game hit Steam Early Access earlier this year, we’ve seen heaps of mods that take it in different directions. A Diablo-like loot mod encourages you to play it like a dungeon crawler, while a magic mod makes it more like Skyrim. Now, though, players have their sights set on turning the survival game into an MMO, a lofty target indeed.

One of the people working on the project tells me over email that two FAANG engineers, a senior game designer, and a few developers from a World of Warcraft server project called MaNGOS make up the team. If you haven’t heard of the project, it formed the basis for million-plus player WoW legacy servers Nostalrius and Elysium, which caused a fair bit of excitement back in the day.

The team is calling this one VaLNGOS – Valheim Large Network Game Object Server Suite, if you’re curious – and it’s looking to follow a similar structure to the one it set out with ManGOS. That means moving all server processing from player’s computers to the server and using specialised programming languages designed for writing operating systems. One of the modders tells me that doing that will allow them to hit “player counts in the thousands”.

So what will all of this lead to, aside from Valheim lobbies with heaps of Vikings in one purgatory? Alongside quality-of-life changes, one of the developers tells me that the “ultimate goal is enabling Hypixel-style minigames and new types of massive RPG experiences”.

It’s still early doors, so you won’t see this one for a wee bit, though the team hopes to have an initial version in the coming months. If you’re keen to follow the team’s progress in the meantime, though, you can find them on Discord. There’s also a website you can peruse for more information.