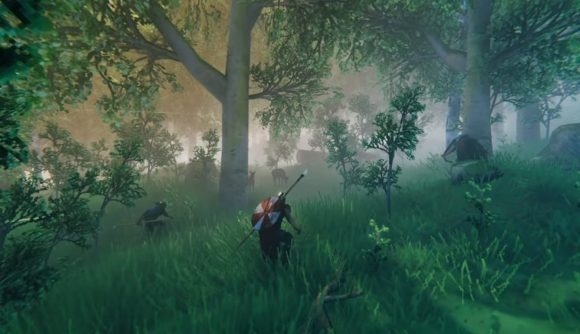 A lot of people have been playing Valheim. As in, a lot of people. Recent data shows the viking game peaked at almost 350,000 players this week, breaking into the top three games being played on Steam.

The information comes courtesy of SteamCharts, where it’s shown that just last night, the survival game drew in 345,345 concurrent players at its highest. For a stretch during this peak, Valheim was the third most played game on Steam, beating out PUBG to be right below Counter-Strike: Global Offensive and Dota 2. Granted, it still has a ways to go to touch Valve’s prize multiplayer games, but this growth so quickly is nothing short of impressive.

Valheim came out on Steam Early Access less than two weeks ago, and immediately shot to the number one spot on Steam’s top sellers list, bringing in over 100,000 players in mere days. Developer Iron Gate was quick to put out a roadmap to keep all these eager Nordic adventurers abreast of what’s coming in the near, and not so near, future.

The launch hasn’t been completely smooth, mind. Being Early Access, and early days of said Early Access, glitches and bugs are common. Iron Gate has warned of a problem that’s eating players’ worlds that it hasn’t found a solution for just yet

We have a Valheim beginner’s guide, as well as a Valheim building guide, Valheim progression guide, and Valheim weapons guide, to keep you lean in service of Odin.