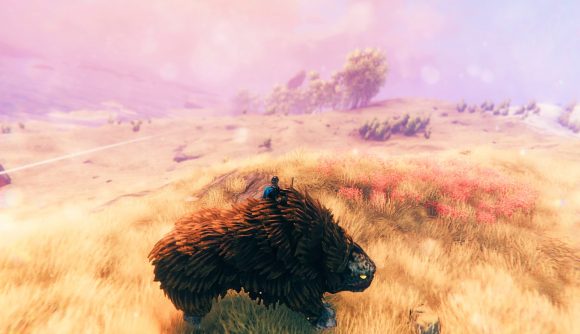 There are oodles of things we love about Valheim. You can take a few moments to relax and tend to your crops or venture out into the wilderness, restoring the remains of broken huts into cosy homes as you go. If you’re feeling adventurous, you can travel to duel bosses or gather materials in dangerous biomes. For all that we love about Valheim, though, there’s one gripe we have: you can’t ride the lox.

Thankfully, someone has now made a mod for that. Koosemose’s Mount Up mod allows you to, well, mount and control tamed lox, boars, and wolves. The way it works is wonderfully simple, too. Once you’ve tamed one of the creatures, you can hop on ’em. You can control them using the standard movement keys, though they also have a stamina bar, so don’t tucker the poor beasties out. If you’re riding a lox, you can even get a pal to hop on to enjoy the ride, too.

If you’re feeling particularly adventurous – read: annoying – you can also jump on another player’s back to get a ride. Mind you, Vikings aren’t as easily tamed, so you can’t control them. It’s worth noting that this option is off by default as you can easily abuse it, Koosemose explains. So if you want to, ahem, mount your friends, you’ll need to turn this one on.

If you’re looking for a swift crash course on how to tame Valheim’s animals, it’s mostly a doddle. Boars will chase after you, so you merely have to lure them into a wooden enclosure and tame them by feeding them mushrooms and fruit.

You’ll need frost resistance potions to venture into the mountains and find wolves, though you can tempt them into a friendlier biome if you catch them on the border. They’ll break through a standard wooden enclosure, though, so build something more robust. 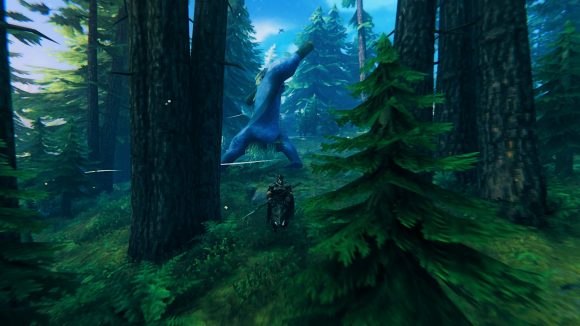 Finally, you’ll find the humble lox in the Plains biome. You’ll need cloudberries for these stompy boys, but they don’t tend to wander too far, so you can get away with sneaking up on them, putting some berries down, and sneaking off.

If you’re looking for more Valheim mods, you can find our favourites right there. You can also find the best survival games on PC at that very link if you fancy it.