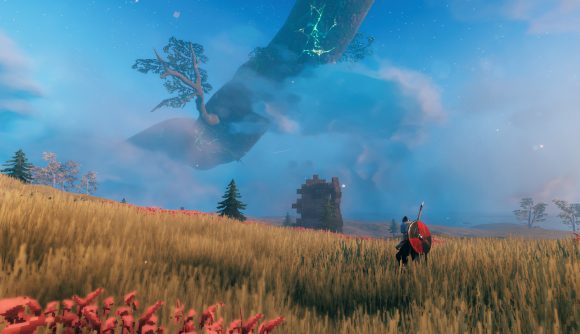 Valheim is getting to be pretty big right now, in case you haven’t noticed. The Viking-themed survival game has rocketed to three million sales in around two-and-a-half weeks of launching. As you can imagine, that leads to oodles of players, too. Just over the weekend, Valheim hit a peak of 500,000 concurrent players on Steam. To put it another way, that was more players than Steam stalwarts Dota 2 and PUBG at one point.

Going by SteamDB, Valheim smashed its concurrent player record on Sunday when it hit 502,387 players. For large stretches, it was second only to CS:GO, which meant it sailed past Dota 2 and PUBG. Dota 2 had racked up 635,217 players earlier in the day, and has since gone on to take the spot back. PUBG, on the other hand, has also gone on to place above Valheim again, though its peak over the past 24 hours sits at 440,972. Numbers aside, it’s an impressive stint from the newcomer.

It looks like Valheim is still climbing, too. The Viking game smashed its previous player record only the day before when it hit around 400,000 people. The success is lovely to see, and one of my favourite things to come of it has been interesting builds on the subreddit. We’ve already seen someone craft the Millennium Falcon from Star Wars, and Skyrim’s High Hrothgar – very good.

If you’ve been out of the loop, Valheim is a Viking-influenced survival game that tasks you with building a base and crafting supplies before you go after bosses. They typically don’t spawn unless you lure them out, so you don’t have to worry about them trampling on everything.

Here’s a trailer if you’re keen to see what it’s all about:

If you’re looking for some help to get started, our Valheim progression guide and Valheim weapons are good places to start.