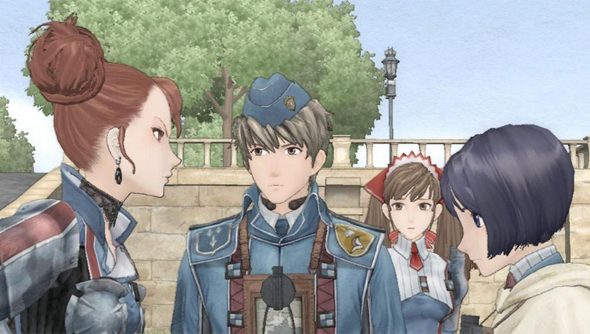 For six years it has remained one of the PlayStation’s unlikeliest secrets. It has been cited by Julian Gollop as the 3D follow-up to X-Com he’d always wanted to make. But now, belatedly, Valkyria Chronicles will become a PC game.

Valkyria has had two sequels for the PSP in the last half a decade, but it sounds like we’re in for a port of the PS3 original.

Built by one of Sega’s own R&D departments in Japan, the game is a tactical RPG set in a heavily-fictionalised version of war-torn ‘30s Europe. The player leads a militia unit in the neutral nation of Gallia – like I say, fictionalised – on an overhead command map, and in real-time skirmishes limited by action points.

UK ratings body PEGI have a listing for a PC version of Valkyria Chronicles on their site – but its release date is shown as October 16, which has been and gone.

Perhaps the port has come about as a result of a recent petition with over 13,000 signatures, asking that Sega consider releasing console games from their Japanese division on the PC. The petitioners judged that Valkyria Chronicles would be a “natural complement to Sega’s other, strategic, offerings on the PC platform”.

Our Jules once said that XCOM could learn from Valkyria Chronicles. Do you think he’s right?