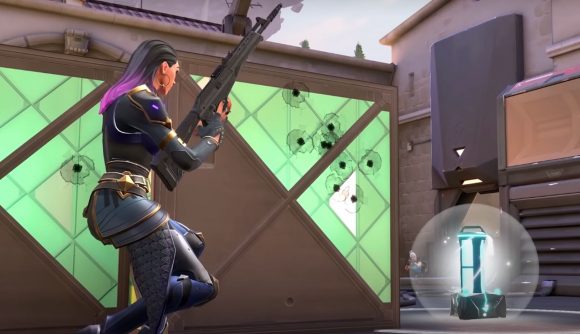 The Valorant release date has now arrived and the brand-new FPS game’s up and running for players to dive into. However, as can happen with new releases – particularly very popular ones – it seems Valorant’s experienced a couple of hiccups post-launch, tying into battle pass rewards and missing VP. However, the good news is developer Riot Games says it’s aware of the issues and has already begun issuing fixes.

The studio’s posted a couple of updates on the multiplayer game’s Twitter channel, the first of which notifies players: “We are aware of and looking into an issue where players are missing VP they purchased during Closed Beta.”

The VP stands for Valorant Points, an in-game currency you can use to “level up your contracts in the early stages” and buy premium skins and Radianite Points. Riot previously said VP – either spent or unspent – would carry over from the Valorant closed beta, with a “+20% bonus”. It seems these might be missing for some players, but it looks like the problem could be resolved soon.

In addition, Riot’s posted on Twitter: “We’re aware of issues with players not being able to earn rewards from the battle pass. We have fixed this moving forward for everywhere but APAC. Next we’ll move on to getting you back what you should have earned by now.”

We are aware of and looking into an issue where players are missing VP they purchased during Closed Beta.

Now that the game’s out of beta, players are able to start scooping up and unlocking rewards through Valorant’s battle pass, which you can find details for here. However, some players have reported not being able to access some of the game’s goodies despite them being marked as ‘completed’ in missions. Riot has further confirmed on Reddit that it’s “currently deploying and testing a fix to get earning content back working correctly for those affected.”

We're aware of issues with players not being able to earn rewards from the Battlepass. We have fixed this moving forward for everywhere but APAC. Next we'll move on to getting you back what you should have earned by now.

Once this is done, it’ll “move onto retroactively granting content to anyone who encountered these problems”. Sweet. Looks like we can expect to see these hiccups resolved and all goodies restored safe and sound soon.

If you’re getting stuck into the game, be sure to take a look at our Valorant weapons and Valorant spray patterns guides, which you might find handy.